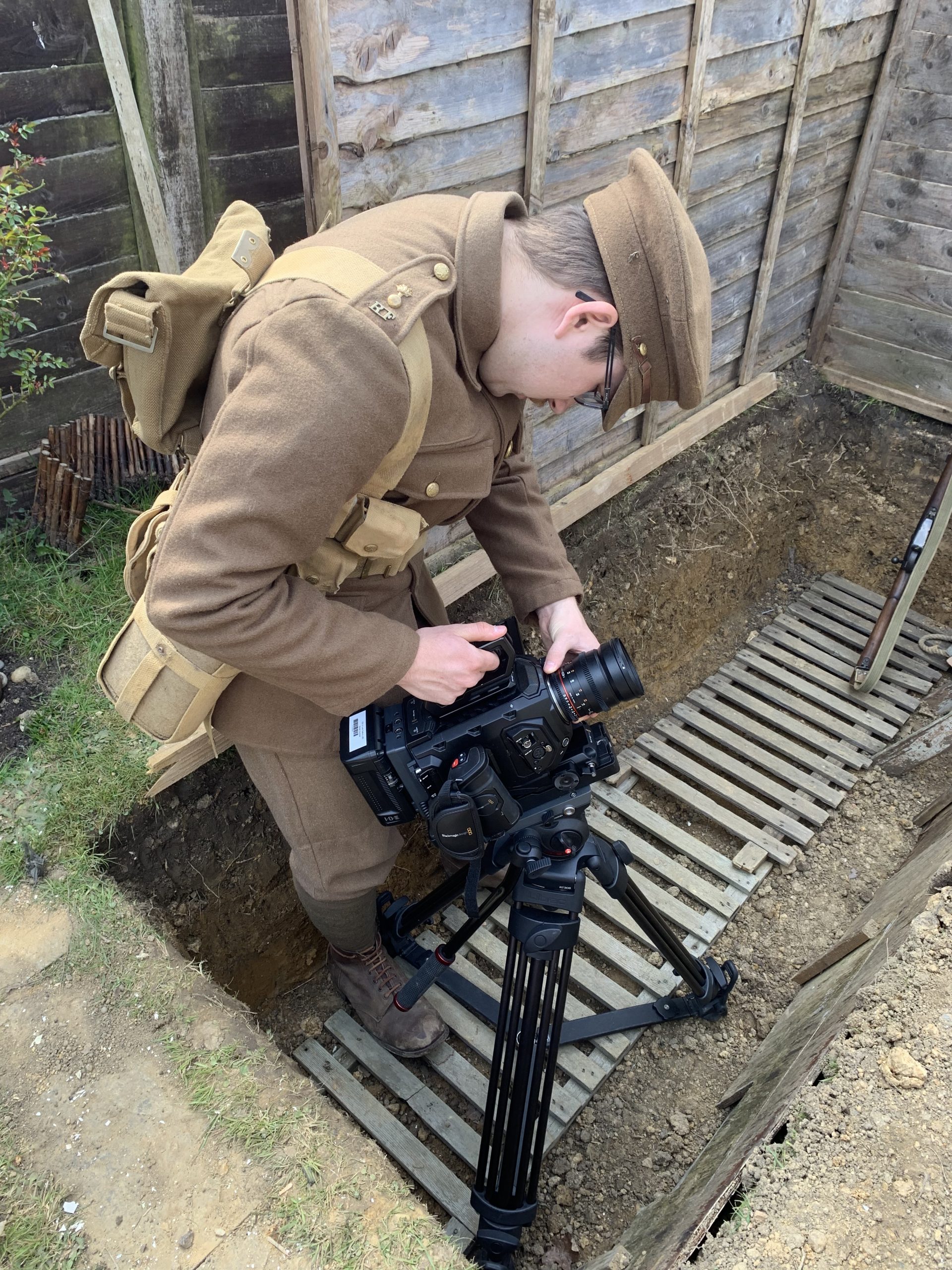 A university student has recreated a 6 foot World War 1 trench in his back garden in order to create a trailer for his final year project at university.

Christopher Richards, 22, studied film at the University of Winchester but Covid-19 prevented him from making a feature length film and filming on location.

His film revolved around the service of his great grandfather during the first Word War with the Royal Signallers and he was therefore, disappointed not to be able to properly pay tribute to him through his film.

Chris stated: “It was very personal and very important to me.

He questioned his university’s lack of support and explained his frustration at not being able to create the film he had been planning. However, he praised his lecturers for their efforts.

Chris expressed considerable disappointment but understood that the universities were in a difficult position as a consequence of Covid-19 restrictions.

“The Covid pandemic has really affected students across the country.

“in the arts you need specialist facilities and these weren’t available to us.

“For a lot of the time resources were completely barred to us”.

The students were limited with their location, props and equipment, and they were unable to hire and use actors.

He said: “I decided the only feasible way to do it was to build it myself!”

Despite all these limitations, Chris took initiative and decided to create a location to shoot his film. In addition to this, he managed to hire authentic World War 1 props and uniforms.

Chris felt content with what he was able to do with all the restrictions, however, he highlighted that not everyone would have had the same opportunity and assistance as he did. He emphasised that many have had to change the projects that they had been working on for their 3rd year entirely.

Nationally, there has been a devastating effect on those completing their dissertation but Chris demonstrated an inspiring example of how university students are persevering to ensure they complete their degree in challenging circumstances.