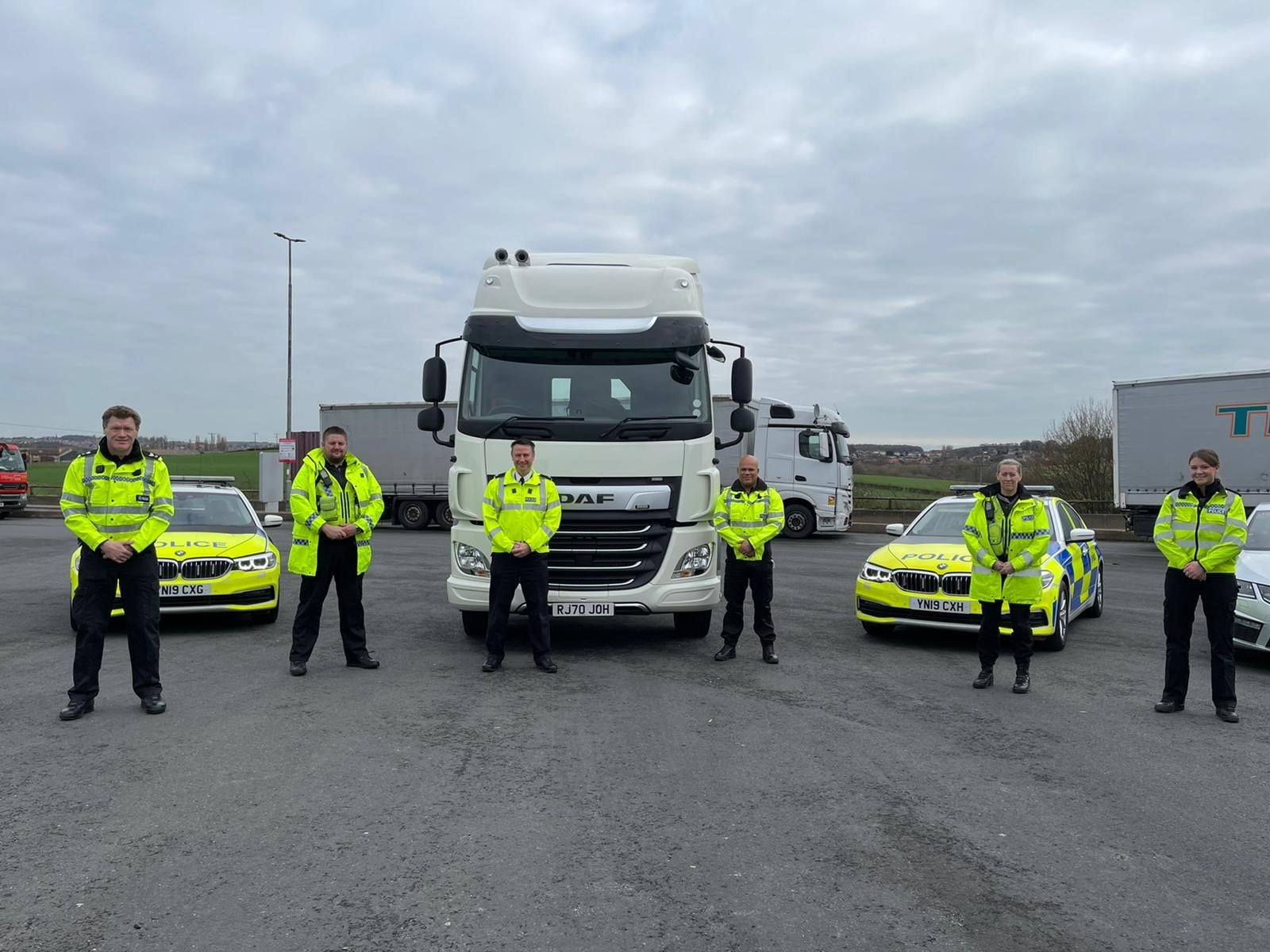 Cops have busted 120 HGV truckers in South Yorkshire for not driving safely and legally over the course of a week.

Last week, South Yorkshire Police were provided with an unmarked HGV tractor unit by Highways England, which allowed officers to see inside vehicles such as HGV’s and LGV’s.

Roads Policing Sergeant Bruce Yacomeni said: “Some of the worst vehicles we have seen this week include those up to 43% overweight, including recovery trucks, vehicles being driven in dangerous condition including an insecure bonnet and cracked windscreen and drivers not completing Tachographs; a device used to monitor drivers’ hours.

“With the use of the tractor unit we have witnessed over 48 drivers driving while not wearing a seat belt, 18 driving whist using their mobile phone and 12 found to not be in proper control of their vehicle.

“We know we say it over and over again but simple steps when you get in your vehicle can save lives; put your seatbelt on, put your phone away, don’t speed and ensure you’re following laws surrounding your vehicle’s use.”

During this week, 150 vehicles were stopped, with 120 recorded offences.

He added: “Restrictions on weight are law for a reason, weight has a significant impact on your braking distances and the way in which a vehicle moves and handles, should sudden reactions be required.

“Load safety and driving hour restrictions are in place for everyone’s safety; the driver and other road users.

“Those who fall asleep behind the wheel or have slow reaction times are at a higher chance of causing serious injury.”

Sarah Watson-Quirk, Highways England Regional Road Safety Coordinator said: “Unfortunately around 450 people are killed or seriously injured every year on England’s motorways and major A roads as a result of a driver being impaired or distracted.