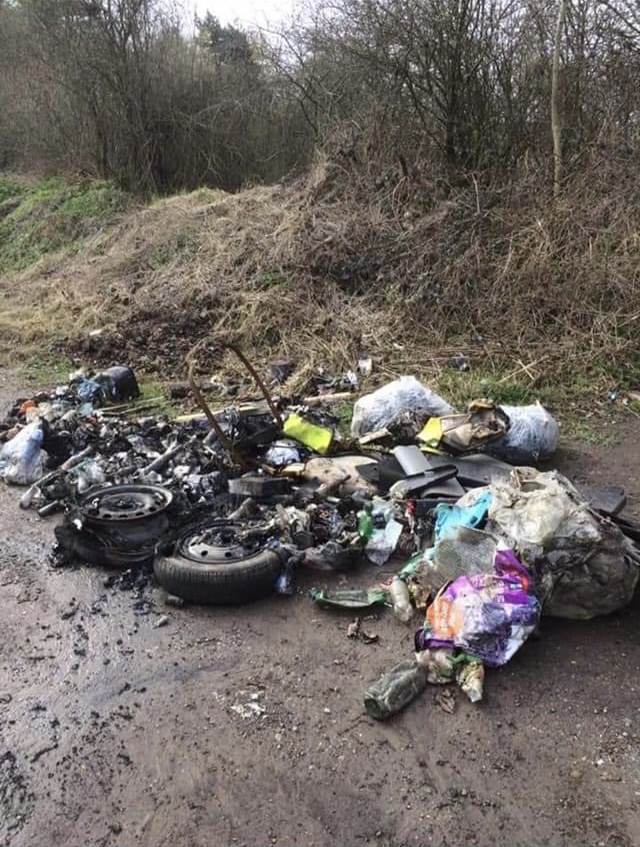 The efforts of a Sheffield community litter picking group went up in smoke after their collection was torched on a public footpath.

The rubbish was piled up by voluntary litter pickers and awaiting collection last Sunday (March 21) when vandals set it on fire close to Birley Industrial Estate.

Samantha Glossop, 34, a member of the Basegreen Litter Picking group, said she’s disheartened seeing all their effort come to nothing.

“There are a lot of disrespectful and selfish in the world now. They see destruction as fun, they don’t see who it affects after they’ve had ten minutes of fun.

“We originally thought it was some bored kids, but somebody heard cars skidding about near there and then saw smoke, so we are presuming it was them.

“Seeing the state of the area I love looking a mess is what inspires me to pick litter. I want to make a difference and get it more like it used to be, even though it feels like we are fighting a losing battle.”

Rae Betsworth commented on facebook that “People doing this deliberately are vile, uneducated and should have the harshest penalties when caught and they will be caught.”

During the pandemic, more volunteers are seen joining the community litter picking group and spending more time cleaning up litter voluntarily around their neighbourhood, nearby parks and green areas.

It’s seen that a litter-picking couple in their seventies cleaned up an entire woodland area in Ecclesfield area, under the bridge over Cowley Hill yesterday.

Their actions and hard work have been praised and thanked as fantastic and “never too old”.