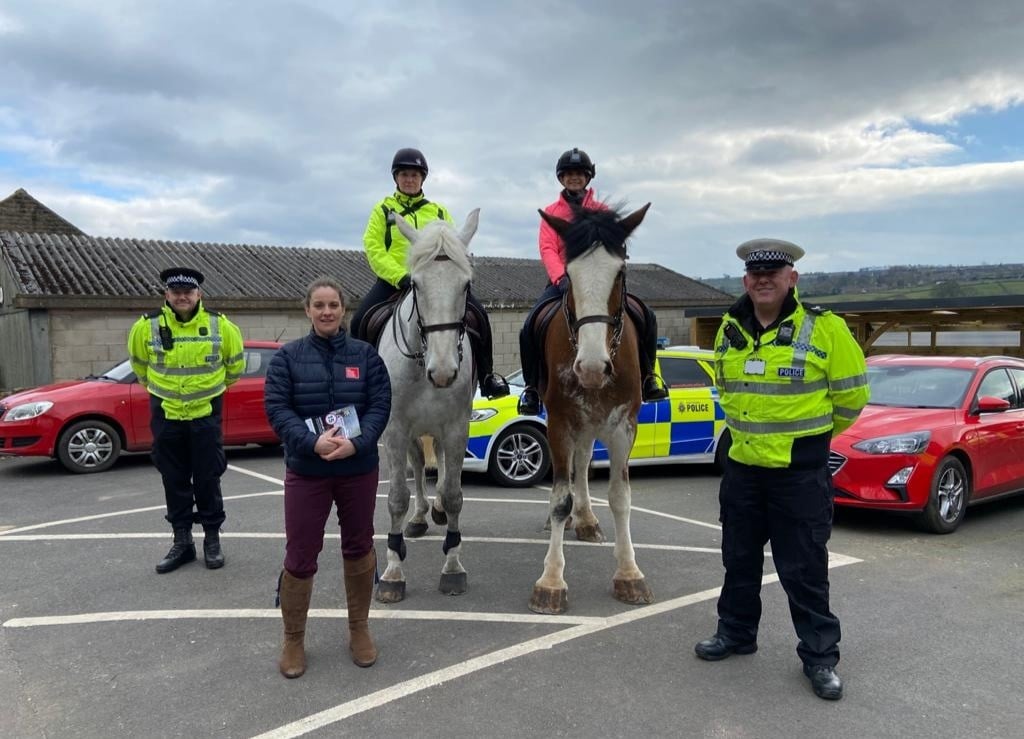 Horse riders and police in Sheffield have pleaded for drivers to slow down after shocking new statistics reveal a 66% rise in horse related accidents on the roads.

Earlier this week, South Yorkshire Police (SYP) carried out a two-day operation in Doncaster and Sheffield to ensure drivers are passing horses safely while on the road.

Mounted Officers and Road Policing Sergeants took to the roads of Loxley, Sheffield and Fish Lake, Doncaster to carry out the operation.

According to The British Horse Society (BHS) more than one incident involving horses and vehicles occurs almost every week on Yorkshire’s roads, with 71 incidents reported to the charity during 2020-2021.

Last month, Evey Leigh-Oldale, 21, a student from Hollin House Lane, Holdworth, and her 22 year old horse, Domino were hit by a car on Loxley Road. 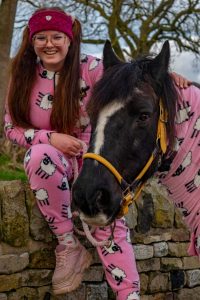 Evey said: “We were fully kitted out in Hi Viz, well into the side of the road. It was a bright day, 2pm ish so we should’ve been safe.

“We were doing our usual route and just as we came to the top of the hill a car behind us started to overtake very close and fast.

“A van then came the other way and the car swerved into Domino instead of hitting the van.”

The car that hit Evey and Domino didn’t stop after the accident. Luckily both sustained minimal injuries.

Evey said: “I guess the most upsetting thing is that Domino is 22 and has lots of health issues, we almost lost him a few years ago.

“Now we can’t even enjoy a ride out in our beautiful countryside. Since lockdown people have been flocking to the reservoir and it’s become too dangerous to ride there.”

The BHS revealed that incidents in Yorkshire have increased by almost 15% compared to the previous year.

Alan Hiscox, Director of Safety at The British Horse Society, said: “The number of incidents involving horses on Britain’s roads remain far too high, despite the time spent in lockdown over the past year.

“It is deeply concerning that close to half of riders were subject to road rage. We all have a right to feel safe on the roads and no one should face abuse for exercising this right.” 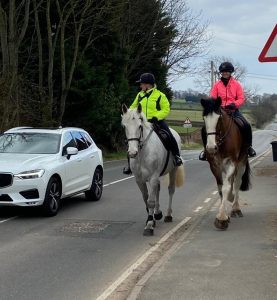 During the operation which took place earlier this week, SYP stopped 30 drivers to inform them of their poor driving, lack of awareness and space when passing horses.

Road Policing Sergeant Matt Duffy said: “Even the most well-behaved horse can react in certain situations and unlike when passing a cyclist, there is an additional brain/reaction to take into consideration; horses can be unpredictable.”

For more information on how to safely pass horses visit https://www.bhs.org.uk/our-work/safety/dead-slow