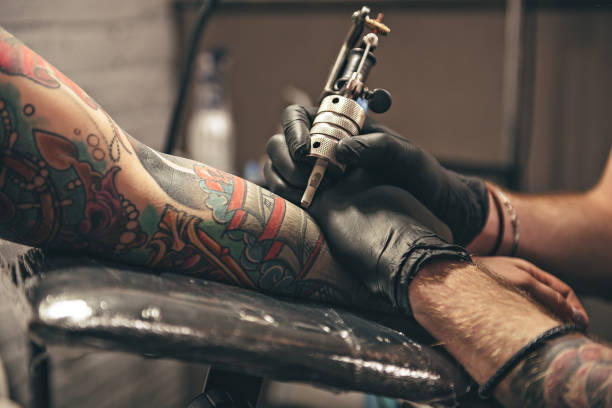 A Sheffield-based tattoo removal studio found internet fame last week when their videos were reposted by Unilad- who boast over four million followers.

Clearlase Tattoo Removals, based in Kelham Square, Sheffield, have taken social media by storm since the turn of the year: their TikTok account has gained over 500,000 followers in less than three months, showing ink removal using a laser pen.

Despite their already large audience, Clearlase were “really pleased” with Unilad’s involvement since the page has a large UK-based audience.

Company owner, Ben Hartley, 31, said: “Removing a tattoo can have a really profound effect on someone, we help people to correct reminders of the past.”

He added: “Our success has all come as a result of our TikTok account. It gives use the ability to reach so many more people.”

The videos, which are described in current trend as “satisfying” due to their hypnotic nature, have been labelled as addictive to watch.

The company has been active for the past seven years and has dealt with countless questionable tattoos, from exes names all the way to anti-semitic imagery.

Mr Hartley said his strangest removal was when a man came in with a monstrous Iron Eagle across his chest, which has strong links to Nazi culture.

He said: “It was giant. This man grew up in Ukraine, and had a rough upbringing where he was forced to commit to racist and anti-semitic ideologies that he didn’t agree with. He was a nice lad from the wrong background. This will allow him to move on from a hateful past.”

In the coming months, Clearlase Tattoo Removals are focused on providing the best services for their customers by adding new equipment, such as a brand-new ruby laser that’s capable of removing even more colours. Ben also aims to expand the business: “I would like to expand into other cities in the North of England.”