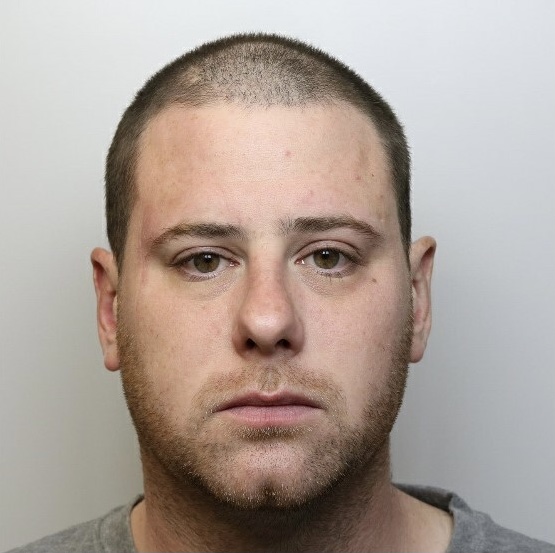 A man who strangled his partner while she was asleep has today been sentenced by Derby Crown Court for 18 years in jail.

Bradley Souto, 30, former builder from Farm Drive, Alvaston, attacked his partner Rebecca Jackson as she slept on the evening of 13 November, 2019.

He claimed that he strangled her after having a dream about cage fighting.

After choking her unconscious, he rang 999. Then went downstairs into the kitchen to cut his wrists.

During today’s sentencing, Rebecca’s victim impact statement was read out to the court, which explained in depth the toll the incident had taken on her.

She said: “My life has been completely turned upside down and has been far from normal ever since that day.

“I can no longer let my children hug me around my neck, it upsets and panics me and makes me wince at the feeling.

“The children now know that they can’t hug me around my neck. They know that Bradley hurt my neck and the reason why I don’t like it.

“The thought of having another relationship terrifies me. I don’t know at the minute whether I could ever trust another person enough to enter into a relationship with them.”

Detectives and colleagues from the Crown Prosecution Service worked with sleep experts to disprove Souto’s claims.

The jury took just over an hour to find him guilty of attempted murder.

DC Joe Lovelock, who led the investigation, said: “This was an extremely unusual case and could so easily have seen a murder charge being put before the court – had it not been for an ambulance being so close to the scene.

“The case relied on expert analysis of Souto’s claims along with the compelling evidence from Rebecca.

“One can only begin to imagine the shock and abject terror that she must have felt that night and I can only thank her for her fortitude and unswerving support for the case.

“Nearly 18 months on from that night the impact of Bradley Souto’s actions are still being felt, however, I hope that today’s sentence provides closure for Rebecca and allows her to begin rebuilding her life.”