Two University of Sheffield students have signed up to complete the National Three Peaks Challenge to raise money for mental health charity Mind.

The National Three Peaks challenge consists of walking up the highest peaks in England, Wales and Scotland which are Scafell Pike, Snowdon and Ben Nevis often within 24 hours. The total walking distance remains 23 miles and the total ascent is 3064 metres. 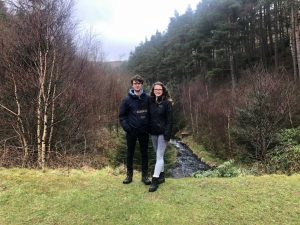 physicist, aim to complete the challenge from September 3 to 5, and have been training accordingly.

The pair told ShefLIve: “To complete this challenge, we will need to develop our strength, stamina, and endurance to succeed in our climb up this difficult terrain. This challenge is not only a physical challenge but also a mental one! We, therefore, feel that it is appropriate to raise money for the mental health charity Mind.”

They added: “Multiple lockdowns have left people isolated from friends, family and general human interaction, which has had a large toll on many people’s mental health. Loneliness has made two-thirds of adults mental health worse, over the past year.”

They remain determined to raise 1600 pounds for the cause by running many charity raffles throughout the year. The raffles would consist of prizes donated by many local businesses in Sheffield. They also mentioned this month’s donations from Tiger Works, Turtle Bay, 200 Degrees and Aesthete. Their monthly target is 400 pounds and they successfully managed to raise that in the first two weeks of making their donation page live.

They urge people to help others in need and have an ongoing donation live. They also keep sharing updates and announce raffles through their Instagram page @3peakchallenge_aliceant.