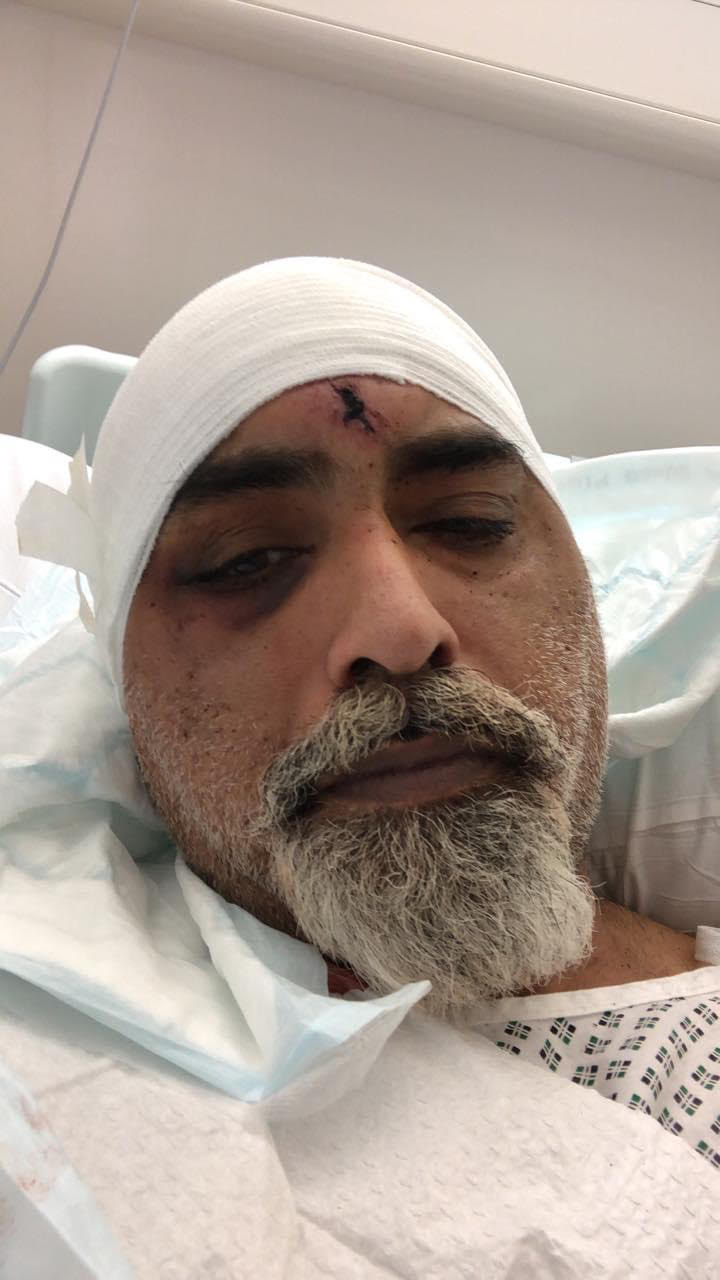 Two men suffered serious injuries after being assaulted by a group of six men in Rotherham who were armed with weapons.

Ilyas Khan, 47, and Ishtiaq Khan, 44, were set upon by six men, who were armed with bats and knives in Marlowe Road, Rotherham on Sunday February 21.

Ilyas Khan, of Marlowe Road, Rotherham said: “My family and my neighbours have been traumatised through this ordeal.  These animals assaulted me and whilst I was being beaten with baseball bats and knives my daughter came out to try to disperse them and as a result no mercy was shown to her and she got assaulted too. “ 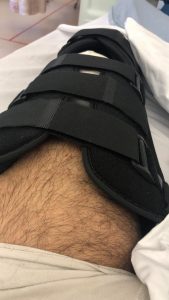 Ilyas Khan was stabbed in the attack. Photo: Ilyas Khan

Following the attack Ilyas Khan was taken to Northern General Hospital, after his arrival the hospital was placed into a “lockdown” because of a possible threat to his life.

Chelsea Fox, 27, of Earl Marshall Road, Sheffield, a ward clerk at Northern General Hospital said that upon his arrival, the Hospital “was placed into a full secure lockdown as there were fears that Mr Khan’s life was in imminent danger”.

South Yorkshire Police said they received reports of a disturbance involving a group of men armed with weapons. On arrival, several men had fled the scene in a number of vehicles. Officers seized one vehicle and six men aged 22, 23, 30, 33, 34 and 38 have been arrested on suspicion of Section 18 wounding and violent disorder. The men remain on police bail.

A police spokesperson said. “Upon arrival of officers, a number of the men had already left the scene in a number of vehicles. One of the cars reportedly attended Rotherham District General Hospital shortly after, with some of the men requiring treatment.

“Further enquiries identified another vehicle which was seized by officers.

“Anyone who may have witnessed the incident, or who has information which may help the investigation, is asked to call police on 101 quoting incident number 558 of 21 February.

“Alternatively, you can stay completely anonymous by contacting the independent charity Crimestoppers via their website Crimestoppers-uk.org or by calling their UK Contact Centre on 0800 555 111.”

Report by By Faisal Ali