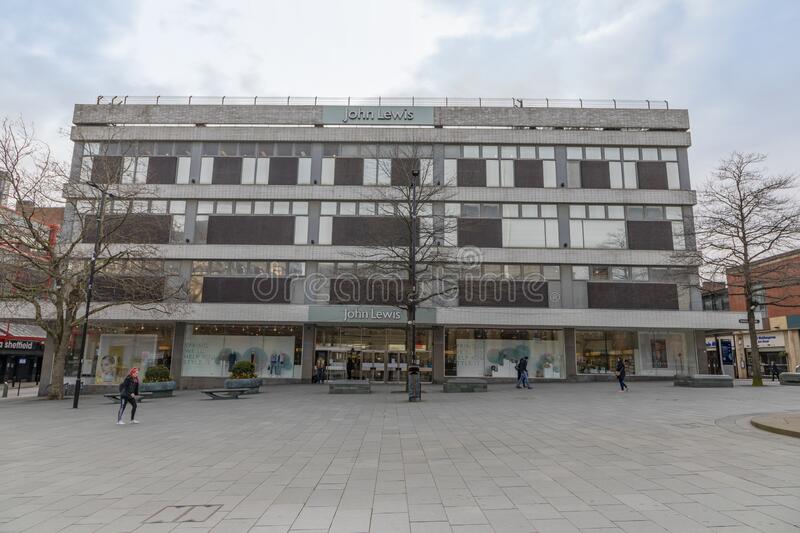 John Lewis Partnership is to close its Sheffield store along with seven more stores across the UK, in a major loss for the City Centre.

It has also led to 299 people losing their jobs.

In a statement, John Lewis said  it will not reopen eight of its 42 shops from lockdown. The eight shops identified for closure include four ‘At Home’ shops in Ashford, Basingstoke, Chester and Tunbridge Wells and four department stores in Aberdeen, Peterborough, Sheffield and York.

They added that the “eight shops were financially challenged” prior to the pandemic, and that “given the significant shift to online shopping in recent years – and our belief that this trend will not materially reverse – we do not think the performance of these eight stores can be substantially improved”.

Patrick Duffy, Head of Branch for John Lewis Sheffield, said: “John Lewis holds a special place in my and many people’s hearts in Sheffield, as we have had a presence in the city since 1940. We are incredibly proud of the long and valued legacy of service we’ve held in Sheffield and thank our customers for shopping with us over many years.”

This news has been announced after they signed a new lease in August 2020. They had planned that the investment would make the situation better but the three successive lockdowns and the pandemic as a whole affected their plan.

Nalin Seneviratne, Sheffield City Council’s Director of City Centre Development said: “The planned closure of John Lewis is sad news. As Cole Brothers in 1847, then as John Lewis, it has been a retail landmark in our city for decades. We also need to think about those staff who, after an already challenging year, now face more uncertainty. We will work to provide as much support as we can to those who may be impacted.

“Our Heart of the City plans will deliver between 5,500 and 7,000 jobs, create social spaces, homes, showcase our incredible culture, deliver restaurants, workspace, creative hubs – with a focus on socialising, alongside a fantastic retail offering that supports new and existing businesses.

“We are already working towards building a world-class, sustainable, modern city centre that drives our economy and can continue to thrive long into the future.”

The store will still continue the Home Delivery and Click and Collect service to customers in Sheffield. They are trying to make sure to provide redundancies and have said that “every effort will be made to find affected partners new roles.”

Pippa Wicks, Executive Director for John Lewis, said: “Closing stores is the toughest thing we do as a Partnership because we all own our business. If the closures are confirmed, every effort will be made to find new roles for Partners and for us to continue to serve our customers by providing access to John Lewis in different ways.

Labour MP Louise Haigh also tweeted: “Devastating news for Sheffield with 500 jobs to go. We need a strategy from government to reinvigorate and renew our high streets otherwise this will be a permanent hammer blow to our city centre.”  https://twitter.com/LouHaigh/status/1374693042356166661