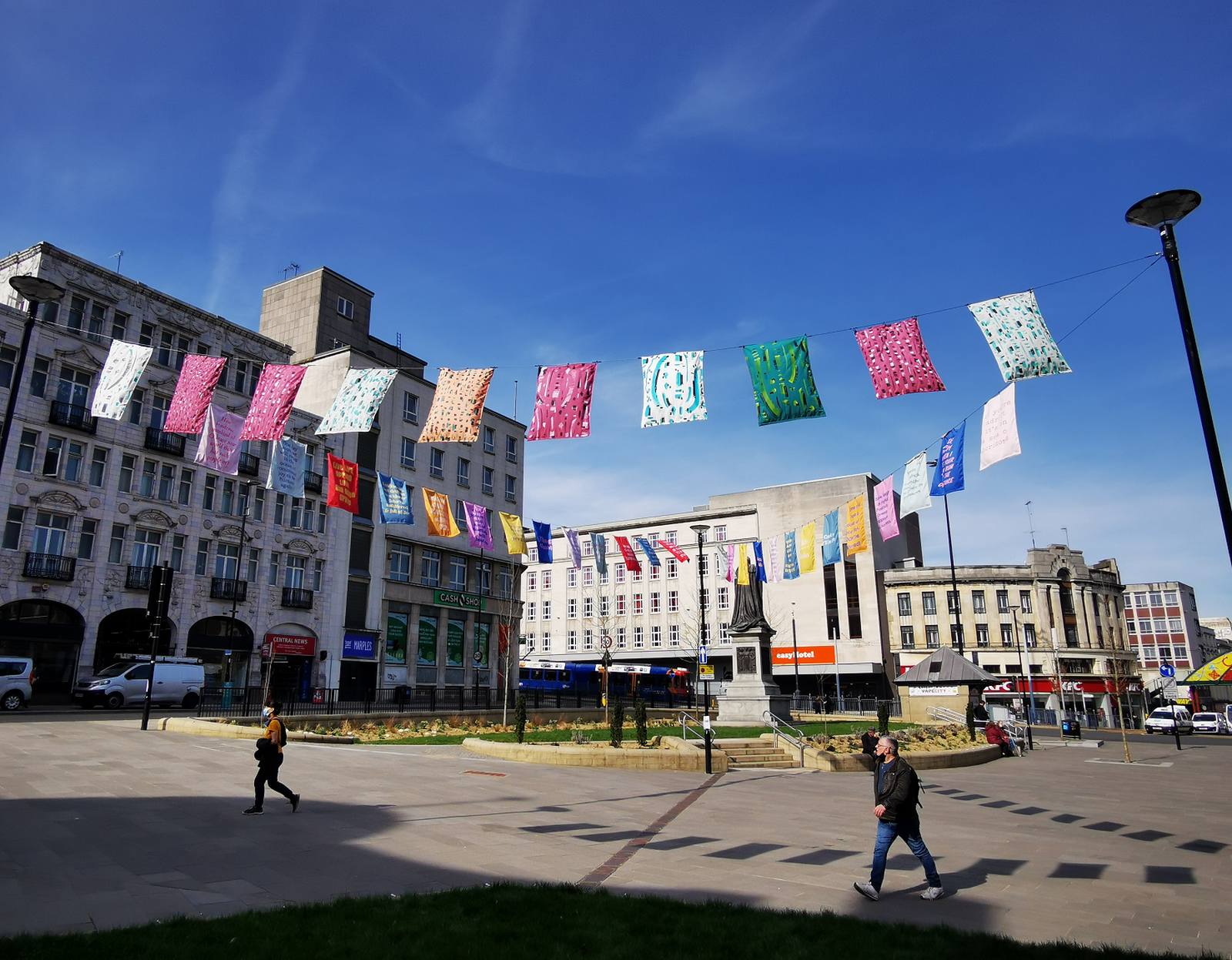 A new striking art event designed to inspire Sheffielders throughout the pandemic has been installed in Fitzalan Square.

The artwork has been made by Sheffield artist Sally Wilson and commissioned by DINA arts organisation.

DINA’s curator Evelyn Albrow said: “We would like to offer a big thank you to all the people who took part so freely. Sally and I felt that it was just as important to include the next generation of Sheffielders alongside the famous so amongst these cultural producers are the voices of city pre-schoolers from workshops we held at Ellesmere Children’s Centre where they told us what makes them happy.

Earlier this year artists and creators such as, presenter Michael Palin, Crucible director Rob Hastie, musician Richard Hawley, Heaven 17’s Martyn Ware and others, were asked what motivates and inspires them during hard times like these and to offer kind words to people in the city.

They were asked to produce no more than 72 character quotes for the banners that will be hanging in Fitzalan Square between 22nd of March and 23rd of April.

DINA Director Deborah Egan said: “Quotes For Hope is an inspiring project and a love letter to the city from some of its best known people.

“It is a funny, uplifting experience that you can take in it just by looking out of the bus window or walking across the square.”

Artist in charge Sally Wilson felt that it was important to connect with people during these times.

Ms Wilson said: “The idea was to make connections, and create visible bonds with others by offering positive messages revealing our best washed thoughts strung on a clothes line to air.”