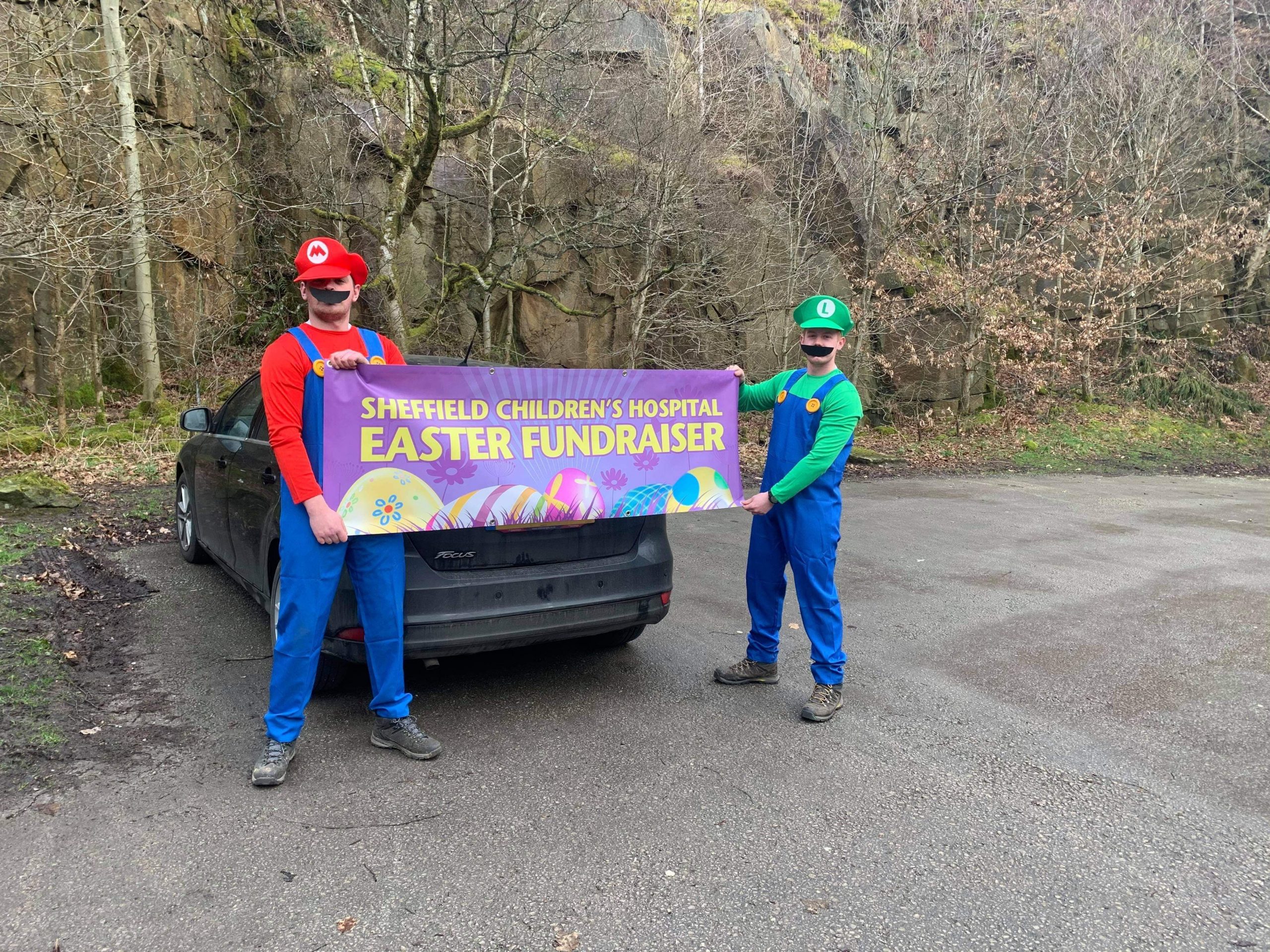 Phoenix said: “I am extremely proud, I just didn’t expect this at all.”

She has bought many items with the donations including 464 Easter eggs, 66 teddy bears and four Amazon Fire 7 tablets. 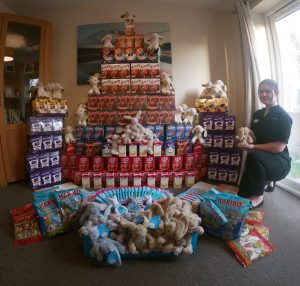 Phoenix Peel alongside many of the items bought with the donations

Phoenix said: “My house is like a Santa’s Workshop at the minute.”

Her partner Lewis Gravil, 21, and his friend Marcus Bilton, 22, both walked 17 miles across the peak district dressed as Mario and Luigi who are video game characters.

The target was to complete this within twelve hours including travelling time.

Instead, they managed to do the entire challenge within nine and a half hours.

Phoenix said that both of them are still complaining about their aching muscles.

To adhere to Covid restrictions, Phoenix was unable to participate in the walk.

She didn’t want people to look at it thinking they were breaking rules and then have them get a bad name for it.

Mr Wynne was known for his charity efforts in Trowbridge before he passed away in 2002.

Since then, his charity efforts were continued by someone who was part of the same motorbike club.

Phoenix has not thought about doing anything like that since moving to Scunthorpe.

She got inspiration from her sister who lives in Wales.

Her sister is giving away 10,000 eggs to a local hospital with the company she works for.

Phoenix said: “I thought, why not give it a try and that’s why I didn’t expect this amount of support.”

Donations are still open and will close at 10.30 am on the 1st April.

It will close so Phoenix and Lewis can take everything to the hospital on 2nd April which is Good Friday.

The Hospital is trying to save money for five Nintendo Switches so there is one for each ward.

Phoenix is currently £274 away from her target so she is able to buy one for them.

Phoenix said: “I just want as many donations as possible.”

If you would like to donate, you can at her go fund me page: https://www.gofundme.com/f/childrens-hospital-easter-egg-donations?utm_campaign=p_cp+share-sheet&utm_medium=copy_link_all&utm_source=customer