Sheffield residents mark a year since the first lockdown 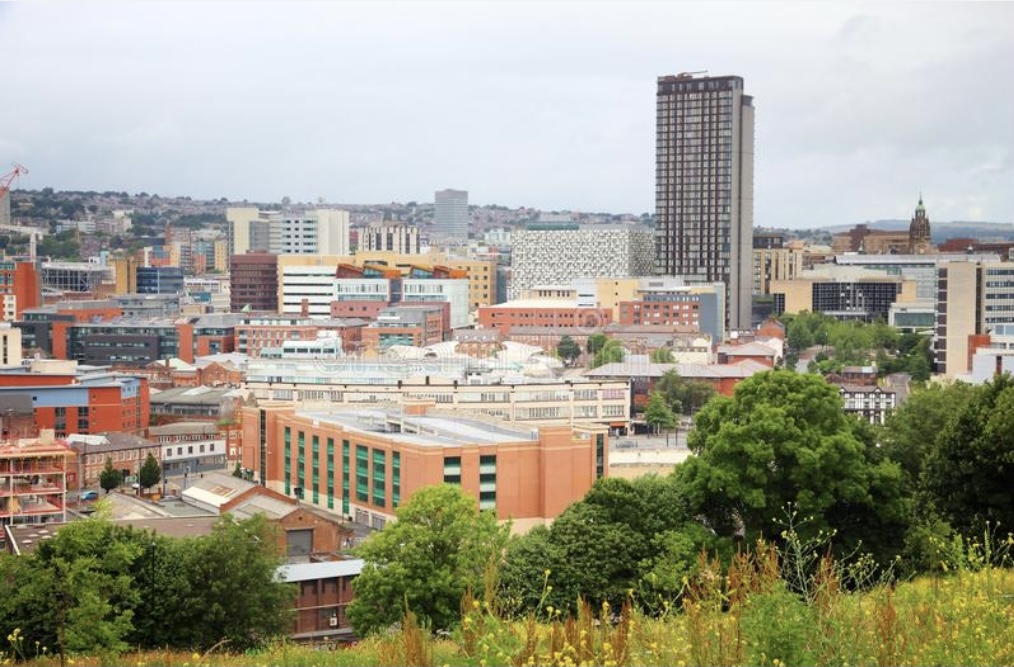 Tomorrow will mark one year since the first ‘Stay at Home’ order was announced and the UK entered its first national lockdown on 23rd March 2020.

The anniversary will be commemorated by a National Day of Reflection, as suggested by the charity Marie Curie, with a minute’s silence at 12pm tomorrow and a doorstep vigil to remember those who have died from the virus.

As of today, over 125,000 people across the UK have died from Coronavirus, with 373,195 positive cases of the virus having been found within Yorkshire and The Humber.

According to the Office for National Statistics, Sheffield surpassed 1000 deaths in early February.

The impact of the pandemic has been felt across all sectors, with businesses, families and schools needing to make major adjustments to the way they operate over the past year.

As well as the temporary closure of hospitality and nightlife the economic damages of the virus can be seen on Sheffield streets, with the  loss of high street giants Debenhams and Thornton’s.

With extensive economic and social damages to the city, two Sheffield residents have given an insight into how their own lives have changed as a result of the pandemic over the last year:

“When we left the office a year ago, we were told to work at home on Monday and Tuesday so that the business could test the IT connectivity worked – little did we know that we would not be returning for a year.”

Deborah Wood, a city centre office worker from Dore, has been managing her team from home since March last year.

Mrs Wood said: “The challenges of working in isolation and at home have been testing.  The business I work for has been tremendous in its support of its colleagues – both financially and emotionally.

“My team have been amazing, stepping up and supporting each other in every way.  They have all had very different challenges from becoming schoolteachers to their children, carers for family to working in very unsuitable spaces despite this they have all continued to perform and hit their deadlines.  I think it has brought us closer as a team despite working more remotely.”

As with many other businesses and schools across the country, the move online has presented its own unforeseen operational challenges: poor Wi-Fi connections have caused work to be lost and meetings interrupted and a lack of space and equipment has increased the challenge of working from home.

“ I know that some of my team are working in cramped or unsuitable spaces – one team member worked in a shed without any natural light.  I am also fortunate that the business gave us an allowance towards equipment – desk, chair etc which did enable people to buy equipment – although I am sure if everyone had known they would be working at home for a whole year they may have made different equipment choices!”

Mrs Wood explained how working online for a full year has had a fundamental impact on the social side of office life, it being difficult to spot when a colleague is struggling.

“You miss the social interaction – coffee in the kitchen, morning chat to discuss the weekend, discussing what TV everyone is currently watching.  We do have team meetings,but they are organised and have an agenda – it’s the spontaneous chat that is missed.

“In the office you notice the team member who doesn’t quite seem themselves, seems a little down, quieter distracted, or just doesn’t seem well.  You can get them to have a coffee, walk, chat.  Working from home it isn’t as easy to spot – I do stress the importance of taking holidays to make sure the team have a proper break but with no-where to go some team members are reluctant to use up annual leave.”

The lack of events and travel destinations as well as the increased workload over the past year has resulted in a large increase of screen time.

An online poll, conducted by YouGov on behalf of Fight for Sight, a UK charity dedicated to preventing sight loss, shows that almost half (49%) of respondents’ screen time has increased by more than four hours since the pandemic. More than four in 10 (42%) working adults believe an increase in screen time during the Covid-19 pandemic has negatively affected their eyesight.

“I find myself staring at my screen more often than I would in the office and there isn’t much else to do so work becomes the most important part of my day.  I do also find that I don’t switch off in the evening – I leave the laptop on while I eat and then return to do a bit more before switching off at night.  With little else to do I also find I am doing more work at weekends.”

With the Government’s new ‘Roadmap’ to bring the country out of lockdown in motion and the early success of the vaccination scheme, remote office work may logistically be a thing of the past by the end of this year.

However, with some businesses having taken on new staff in offices that were near to capacity before the pandemic and social distancing issues, the move online may mean office work won’t return to its pre-pandemic set up.

“I think it is highly unlikely that we will return to the office in the same way as we did before the pandemic. Most people have worked efficiently from home. Although I am sure there will be those who are desperate to return due to individual circumstances, I think that the majority would prefer a more flexible return – with a mix of office and home working.”

“Grieving has been been a thousand times harder than it ever should have been, you feel so lonely and isolated”

Mary Lane, from Attercliffe, lost her husband Dave to Coronavirus in April last year, three weeks after the Stay at Home order was announced.

Mrs Lane, a retired seamstress, found herself inadvertently isolated from her friends and extended family over the following months as she grieved her husband of 56 years.

“It was the hardest thing I have ever had to do, waking up alone each morning and then not being able to go out and see anyone, to talk to anyone, I felt so vulnerable indoors and outdoors.”

In line with Government guidelines at the time, Mr Lane’s funeral was attended by only 10 people, all sat 2 metres apart in the crematorium. A wake could not be held until the guidelines allowed the meeting of multiple families in the summer.

Mrs Lane, 78, said: “It was heartbreaking. You couldn’t hug or physically comfort anyone, and no one was allowed to touch the coffin. They tried to make it as personal as possible but it was a strange environment to be in.

Our neighbours came out onto the street as the hearse drove up our road – it was really touching.”

Mary has praised her local community for their support and togetherness over the last year: “it made a massive difference knowing my neighbours were there to fetch me some shopping or have a chat over the fence. Grieving has been a thousand times harder than it ever should have been, you feel so lonely and isolated, but we’ve got through it.

”it’s just such a shame the country seems be in the same position it was when Dave passed.”