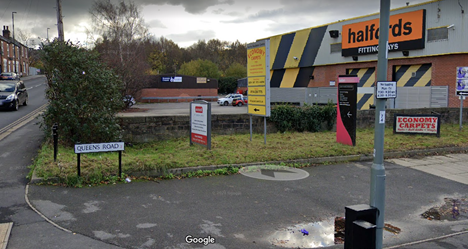 An 18-year-old was found with serious leg injuries after reports of a group of men fighting.

Police were called at 9.50 pm with reports of a group of men fighting on Queens Road. There they found the 18-year-old with gunshot wounds to his leg

The South Yorkshire Police released a statement. Detective inspector Tony Slater, from the armed crime team, said “We have been carrying out extensive enquiries throughout today and we can now confirm that we are investigating a firearms discharge on Queens Road, Sheffield, last night.

“At this stage, we do not believe that this was a targeted attack. No arrests have been made at this time.”

Superintendent Simon Verral said, “I am acutely aware that news of this incident may spark some concern from the local community, this is a serious incident which has happened on one of the main routes into our city.”

Crimes like this have been increasing every year. According to the Office for National Statics in March 2019, there was a total of 9,787 crimes involving guns and over the past five years, the use of firearms has increased by 27%.

Tommy Gibbs, a resident of Sheffield said “There is sadly a culture of guns. The people of Sheffield are not shocked generally when they hear about a firearms incident. The schoolboy getting shot on Matravers Road last year was a real low point for Sheffield.”

Police are appealing for any witnesses that may have been in this area and have useful information as well as dashcam footage.

If you have any information contact 101 with the incident number 1010 of 18 March.