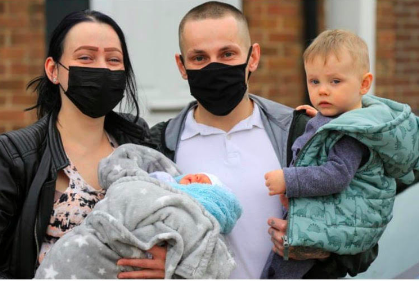 A mum-to-be from Sheffield has thanked a heroic taxi driver after she gave birth in the back of his cab.

After starting contractions at her home in Darnall, Natalia Jodello, 23 was rushed to hospital in a City Grab taxi with her husband Kamil and one year old son Kuba. 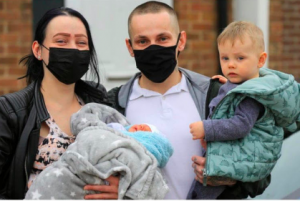 Natalia with husband Kamil and son’s Kuba and Filip

Mrs Jodello said: “While driving I felt the contractions get worse, there was not enough space in the taxi which was uncomfortable for me. When we arrived at the hospital I felt the baby’s head”.

Taxi driver Mujahid Hussain,36 called ahead to the Jessop’s Maternity Wing but when they arrived the group was told it was too late to move. Eight midwives came outside to help deliver the baby in the car.

Mrs Jodello said: “I gave birth to a boy named Filip at 2.42am weighing 7lb,1oz. I feel very good now. I would like to thank the taxi driver a lot for helping me”. 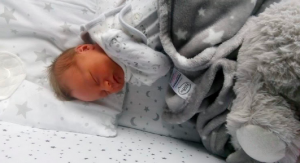 Baby Filip back at home

Mr Hussain told the Star: “Their response was amazing. I was worried there wouldn’t be enough room for them back there but they were amazing”.

It took Mr Hussain half an hour to clean his car after the birth, using some wet wipes and towels the nurses gave him. He has been working for City Grab taxi’s since 2018 and added: “It was a truly special moment and a delivery that I’ll never forget. I’m used to doing deliveries but you never expect you’re going to deliver a baby at the end of your shift”.

Both Mrs Jodello and baby Filip are back home with their family and doing well.