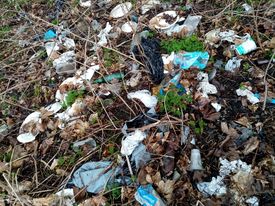 Knives, needles and used condoms have been discovered by litter pickers from the city’s woodlands and parks.

Community group Pitsmoor Pickers was set up in January and is devoted to “keeping Pitsmoor clean.”

Karen Malone, 55, Health Screen Support Worker and main organiser of the group said: “The worst things I have found include a knife, needles and used condoms from wooded areas.”

But she still views the litter picks as a positive, rewarding experience.

She said: “It’s great to get them away from the public and help make our beautiful green spaces safe and beautiful again.” 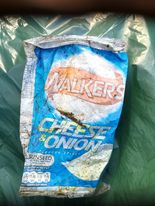 Anne Grange, 44, freelance writer and editor, found a crisp packet dated best before 2006 whilst out on a recent litter pick.

She said: “I was pretty shocked at the state of the woods at Stanley Fields. It was a carpet of discarded condom packets!

“For the first time ever while litter picking, I found my first hypodermic needles as well, but as it was an organised litter pick, there was a sharps box, so anything dangerous like that just went straight from our litter grabbers into a secure plastic box.

There were lots of super-strength lager cans as well. It made me think of the desperate lives of people who’d used these woods.

But there were also beautiful signs of spring, squirrels scurrying through branches and the air was full of birdsong. After a few hours’ work, it was already looking like a different place.” 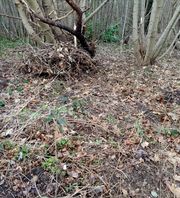 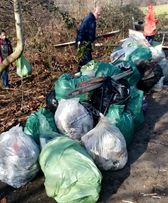 Pitsmoor Pickers is part of the larger community group, Sheffield Litter Pickers, as there has been a rise in the number of litter picks taking place across the city.

Anne said: “Some people are making truly heroic efforts, but every piece of litter picked up, or better still, not dropped in the first place, counts towards a healthier planet.”

Anne said: “Education is such a key factor and the council need to start young; educating primary school children and encouraging litter picking groups for young people – perhaps with incentives.” 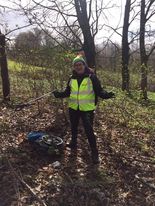 Anne added: “Throughout the city, litter picking is really making a difference and opening up our green spaces to families.

“Anyone can be part of the litter picking revolution. You can buy litter grabbers online or in shops like Home Bargains, or join an organised group where all the equipment is provided for you.”