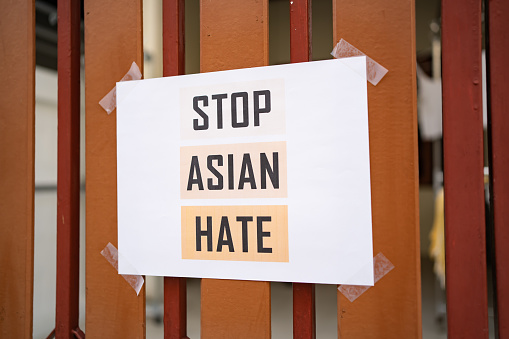 A 76-year-old Asian woman fought back against a white man who punched her in face in a racist attack.

Xiao Zhen Xie, originally from Guangdong, China, was waiting to cross a downtown street on Wednesday morning when a 39-year-old white man yelled “Chinese” and punched her in the eyes.

She instinctively responded by hitting the man with a wooden stick she saw nearby, leaving the man injured.

Many Internet users applauded Xie for setting up a good example in standing up against a racist bully.

Dong-Mei Li, Xie’s daughter said: “Very traumatized, very scared and her eye is still bleeding. She described her mother’s injuries to the KPIX-TV. “The right eye still cannot see anything.”

Xie was holding an ice pack to her face at the attack scene. Both the victim and assailant were admitted to the hospital for treatment.

John Chen, Xie’s grandson, said his grandmother is terrified by the attack. She is terrified to even step out.

The San Francisco Police Department said the suspect, Steven Jenkins, assaulted an 83-year-old Asian man in the same area as he was being chased by a security guard when he hit Xie.

The security guard detains Jenkins until officers arrived and took him into custody.

Lily Shao, an Asian American who has lived in San Francisco for more than 30 years said: “ Since there is a wave of attacks on Asians in the Bay Area recently, I am afraid to walk down the street.

“I don’t feel safe at all. How many more attacks on Asians need to happen before people take it seriously? Actions need to be taken. ”

Police have increased patrols in the city’s Asian neighbourhoods in response to the deadly shootings in Georgia that killed six Asian women, as well as the recent surge of violence in the San Francisco Bay Area.

The attacks have heightened fears among the Asian American community, who have become increasingly targets of violence and harassment since the covid-19 pandemic.