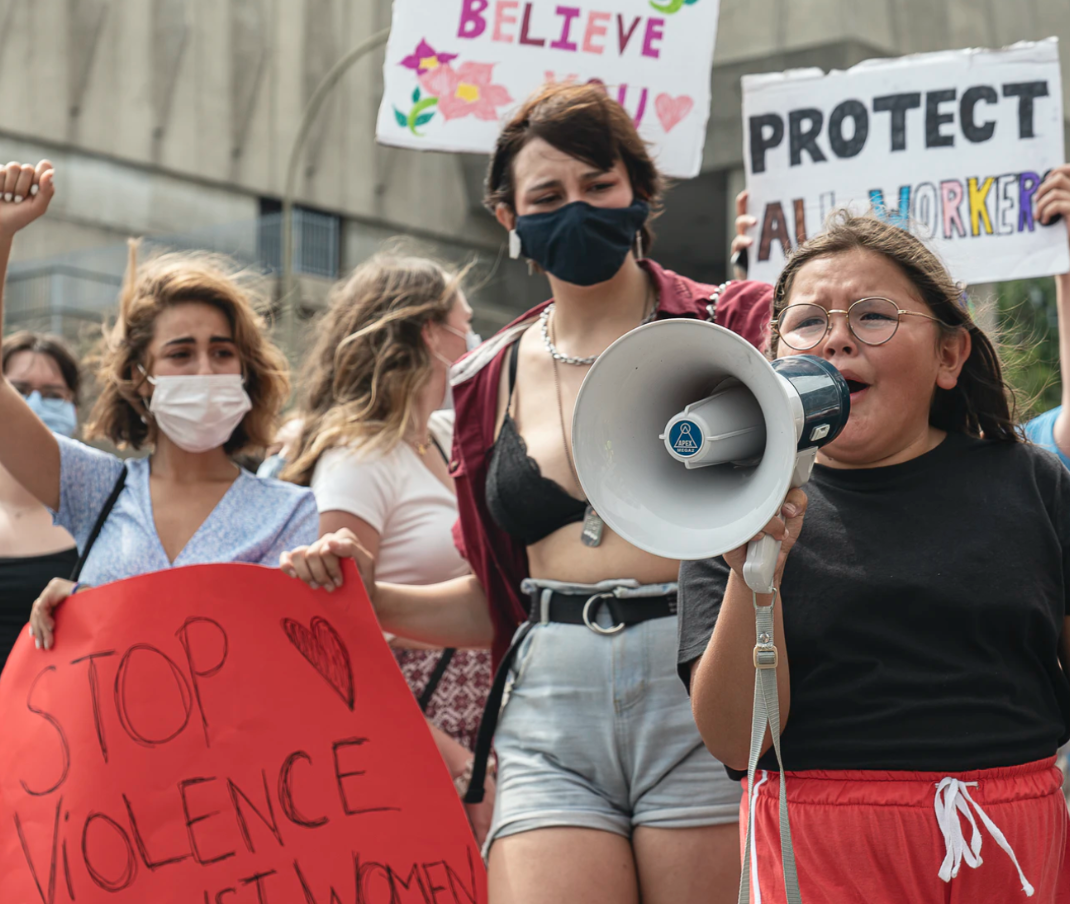 Sarah Everard disappeared in early March when walking home at night in Clapham, and her body was discovered after a week.

The 33-year-old’s murder has hit the headlines and infuriated many, and reminded women worldwide of the already known fact – they are constantly unsafe and still living in fear of sexual harassment until this day.

One in three women globally have experienced physical or sexual violence, according to World Health Organization.

In light of Miss Everard’s disappearance, women of all ages shared their daily fears of sexual assault and precautions they take on social media to avoid being catcalled, followed and more. 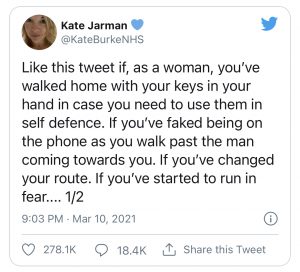 Kamila Swierszcz,19, an international student from Warsaw at the University of Sheffield said: “On one of my first days here, I went to a party. It ended probably about 3.30am, and I had to get home safely. I knew nothing about the city and what to expect, so taking an Uber seemed to be the most rational choice.

“Being with a stranger who’s a man in the same car at 4am scared me, but walking back home was not an option. I felt unsafe in the car and started imagining all the worst that could happen; that’s why I was on a call with my best friend all the time. I also shared my location with her. After I got out of the car, I still had to walk alone to my house in the dark.

“It was one of the most stressful experiences in my life. My heart was racing because I was constantly looking behind me to see if someone was following me.

“As an international student, if something happened to me, I am here alone, far from my relatives. No one from my family could’ve helped me and probably wouldn’t even know that I got hurt or worse.”

Things need to be changed, which sparked off protests in not only the UK but also around the globe.

On Monday, thousands of women and men protested against sexual violence and gender inequality in the rallies known as #March4Justice in more than 40 cities in Australia.

Many wore black and held placards reading ‘I believe her,’ ‘My skirt is not my consent’, Girls just wanna…walk home’, and more.

Miss Everard’s case has acted as a wake-up call to many men, who came to realise that they are more privileged than women. 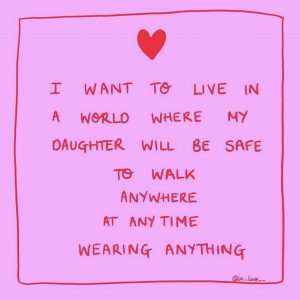