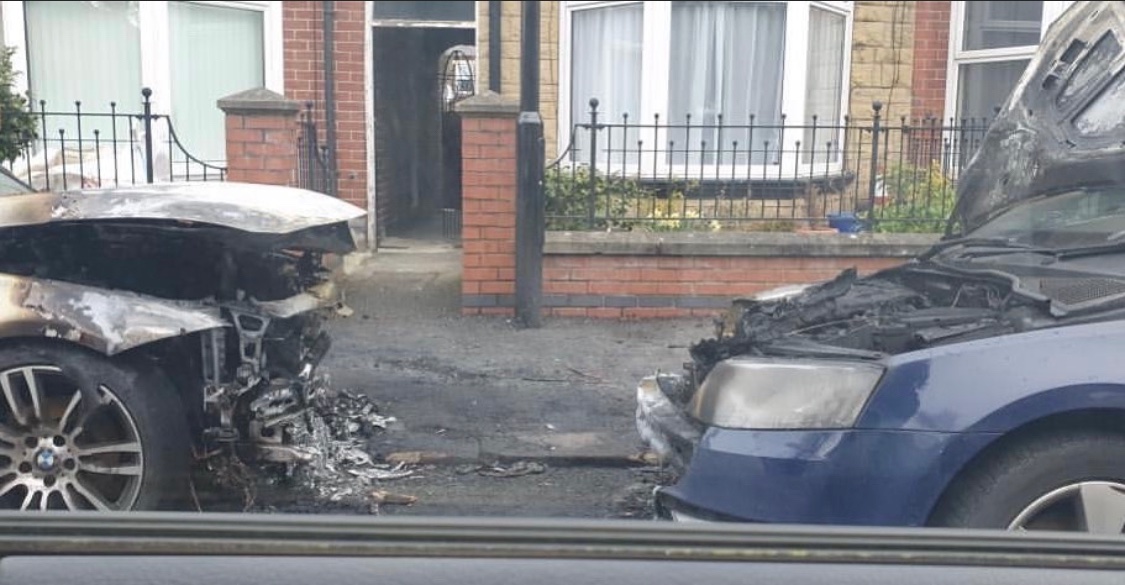 Two cars were found completely burnt from a fire in Sheffield early this morning.

South Yorkshire Police received reports around 5am this morning that two cars were on fire in Scott Road, Pitsmoor.

A police spokesperson said: “Investigations are still in the early stages to determine exactly what happened, at this stage it is believed the fire was started deliberately.”

This isn’t the first time cars on Scott Road have faced vandalism.

South Yorkshire Police also released an appeal back in September last year after 24 cars were damaged in an incident of criminal damage.

It was reported 24 cars parked overnight on Scott Road in Pitsmoor were scratched along their side panels.

Anybody with information should call the police on 101 quoting incident number 103 of 17 March.