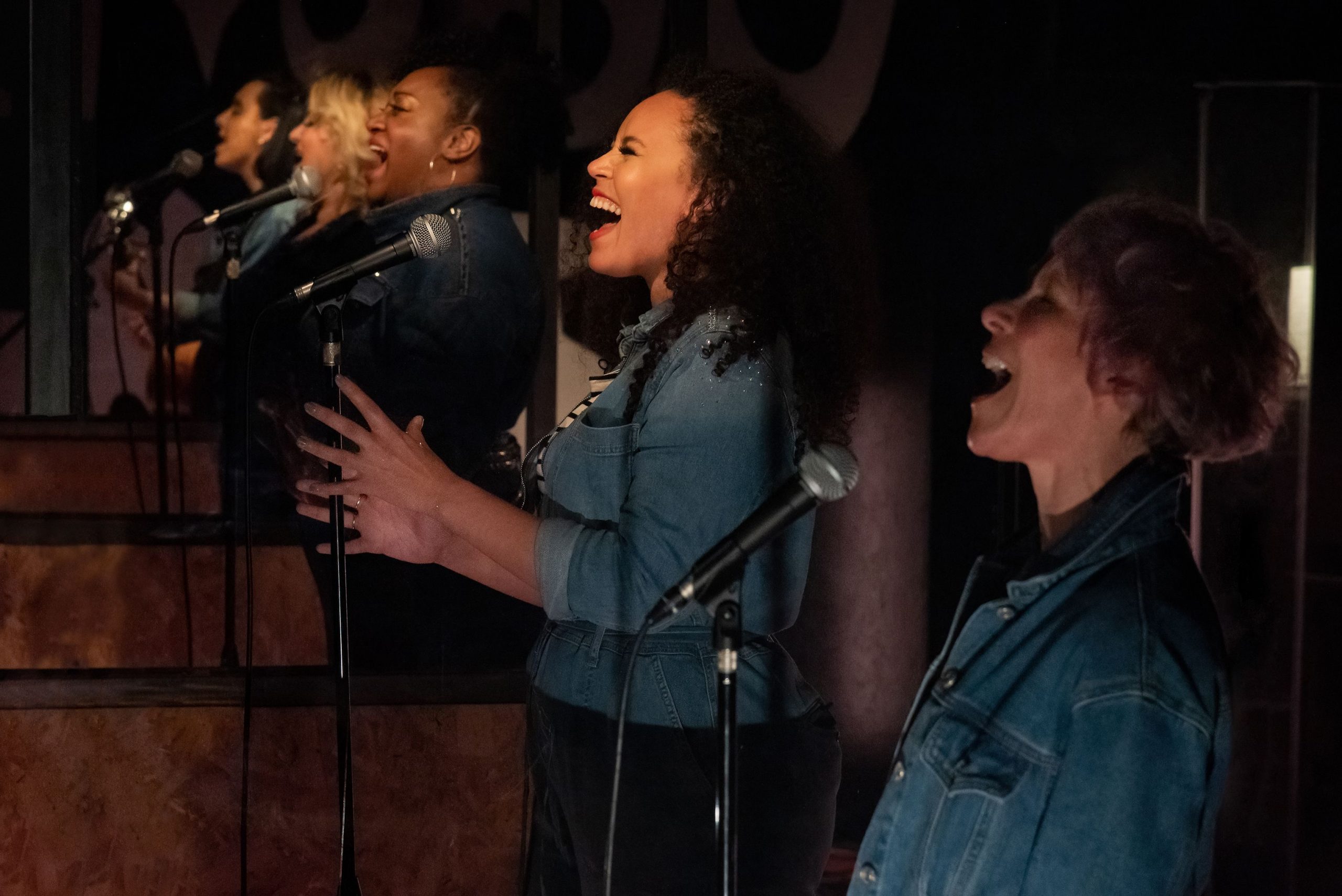 The Crucible Theatre enjoyed the virtual opening night of its online show, The Band Plays On, celebrating Sheffield’s history and strong women.

Robert Hastie, Artistic Director of Sheffield Theatres, said: “It was joyous to have so many people virtually gather to open The Band Plays On. Whilst very different to our usual opening nights, we welcomed over 600 people watching from home, so we’re olverwhelmed by the excitement of our audience.”

The show, described as a rousing night of extraordinary tales, explores stories of solidarity and survival from the steel city through a collection of monologues.

Jodie Prenger said: “Being part of this production makes me feel nothing but utter pride, and of course a little bit giddy. Working with a fabulous cast, crew and creatives on a brilliant new Chris Bush play, and to top it all off, I get to play at the Crucible in Sheffield.”

The Band Plays On includes tales about Dale Dyke Dam bursting in 1864, the Hillsborough Disaster, Jessica Ennis-Hill’s olympic hopes, politics, all the way from Neil Kinnock’s Sheffield rally to Brexit divisions and fallout from a fictional nuclear winter.

Mr Hastie added: “We had so much positive feedback online – it was lovely to see photos of people’s screens as they watched along! With such supportive comments, we’re delighted to share the On Demand show to many more people during the next fortnight.”

Fans took to social media to praise the show.

What an absolute treat to watch #TheBandPlaysOn live @crucibletheatre this eve. A beautiful piece and such incredible strong women behind the whole production, can not wait to be back in a theatre ♥️ #lovetheatre #lovewomen #LOVE

The show was originally planned to be performed in front of a live socially-distanced audience however after the lockdown was announced at the start of the year, the decision was made to record the show and put it online.

The Band Plays On is available to watch on demand until 28 March.