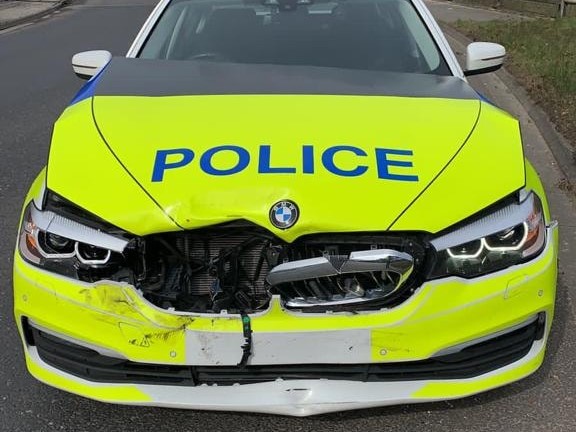 A South Yorkshire Police officer ‘saved lives’ when he stopped a driver about to go the wrong way up the motorway during a high-speed chase on Sunday.

The officer made a split-second decision to use ‘tactical contact’ to neutralise the situation.

South Yorkshire Police said the Volvo displayed ‘cloned’ number plates and the 21-year-old driver had recently been disqualified from driving. 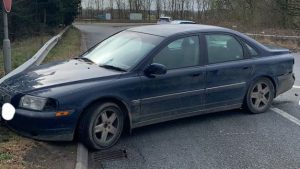 Images of a damaged BMW police car circulated online at the weekend, and the force issued a statement on Facebook last night.

SYP Operational Support’s statement said: “He drove at high speed, overtaking dangerously as he approached Junction 4 of the M18 along West Moore Link in Doncaster.”

The driver then ran into a nearby field, so a police dog was used to apprehend him.

“He could have killed someone if he had successfully committed down the slip road.

“It chills us to the bone to think about what might have happened.

“An officer put himself into harm’s way to protect others, to save lives, to stop someone so intent on getting away, they would risk the lives of others.”

The motorway had been shut in both directions, amid fears the driver would try to escape by running across the road. 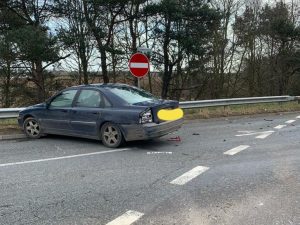 The Volvo’s ‘cloned’ number plate lies in the road next to the vehicle (Photo: South Yorkshire Police)

The motorist was arrested on suspicion of driving while disqualified, failing to stop, and dangerous driving in connection with the incident. The officer was uninjured.

The driver has been released under investigation.