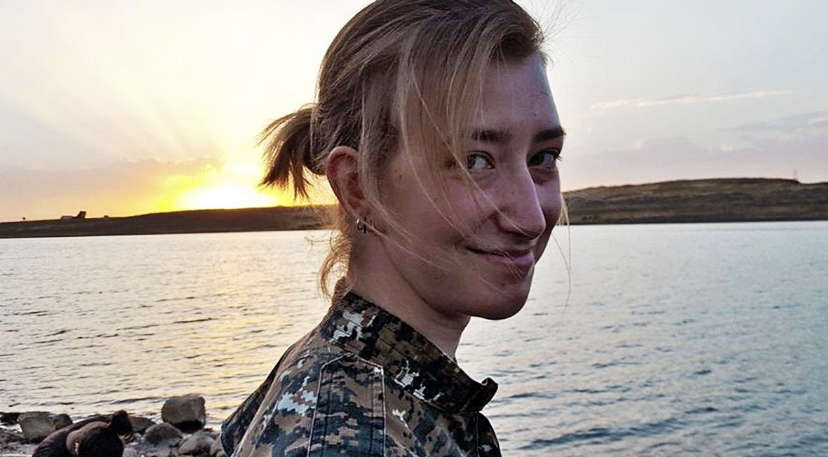 A former University of Sheffield student, who was killed fighting Isis, could have a mural erected to her as a tribute in Sheffield city centre.

Anna Campbell died after travelling to Syria to fight Isis with the Kurdish Women’s Protection Unit. One of her University friends, Kevin Kennedy Ryan, is trying to get a memorial for her in the city.

Both Kevin and Anna were students at the same time, but lost touch afterward they left the university and he hadn’t heard her name until he read, three years ago yesterday, that she had died.

Kevin said: “I think it’s important to tell the stories of these people who have given up a comfortable life in Britain to go and fight for the freedom of other people elsewhere.”

This isn’t Kevin’s first effort to try and get a tribute for Anna in the city. In 2019, he attempted to have a plaque erected in peace gardens adjacent to the already present memorial.

This was done through a petition which eventually received enough signatures to be brought up in council but was dismissed.

However, recently the leadership of the council has changed, so another attempt was made to try and get the plaque in the peace gardens.

Kevin contacted new leader of Sheffield Council, Bob Johnson, but has not yet had a response.

He is now planning to try and get a tribute placed on private land which wouldn’t need the council’s permission.

Kevin said: “That’s when we thought, why just have a plaque? Why not have something much more striking, catching and beautiful? So that’s where the idea of a mural came from.

“Our main desire is it’s in a place where it’ll get a lot of foot traffic and somewhere it’ll be seen.”

The support from the local Kurdish community has allowed Kevin to progress the plans further.

He added: “We’ve got a few places in mind that have been offered which we are considering. There’s one at the top end of division street on the side of what used to be bar and beyond which would be an ideal location.”

“We’ve not formalised any sort of designs in our head yet because we’re waiting to see what the space is but the current thinking on it is, it will be predominantly a portrait of her, possibly in her camo.”

Kevin is still searching for a perfect location for the mural, so if you’d like to get in touch or perhaps help out, please contact him with a DM on twitter (@K_47) or on Instagram.