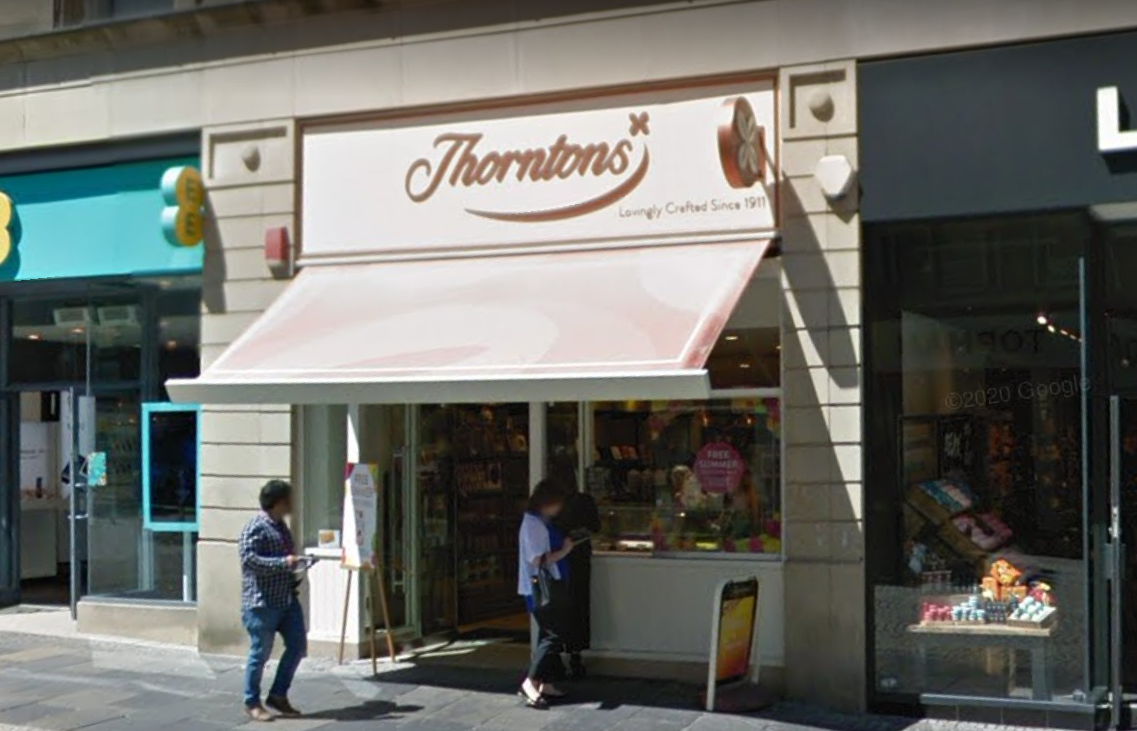 People in Sheffield have mourned the loss of High Street favourite Thorntons, which began its life in the city.

The historic chocolate shop Thorntons announced yesterday that it would be permanently closing all of it’s stores in the wake of Covid-19, putting over 600 jobs at risk.

The company was originally founded in Sheffield and people across the city have expressed their sadness about it’s closure. The first ever shop was called the Chocolate Kabin and it opened 110 years ago on the corner of Howard Street and Union Street.

Victoria Dowd, a crime writer who grew up in Sheffield, said: “Thorntons was a huge part of my family’s life for generations. My Great Grandmother used to buy Easter eggs for my mother from there.

“She then did the same for myself and my sister. It was a huge family tradition to receive these every year with our names written on the eggs in icing sugar.”

She also mentioned that her sister won a competition to go inside the Thorntons chocolate factory which was like “winning the golden ticket”. She still says it was one of the “best days of her life outside of getting married and becoming an aunty”.

It all began in 1911 when travelling confectioner, Joseph William Thornton, opened up a sweet shop in Sheffield.

He didn’t know then just how successful it would become, so he carried on with his day job and entrusted his 14‐year‐old son Norman to run the shop.

He handed over the keys and told him to “make this the best sweet shop in town” ‐ and that’s exactly what he did.

Nick Roffey, another resident of Sheffield, worked with Thorntons for a number of years on their high street and flagship stores for Sheffield shopfitter comapny Barlows.

He said: “When we worked in the stores the management and staff were always very friendly and always willing to help us both as contractors and their customers. A very strong culture was evident across their estate from management to staff in the store.”

He added: “It’s a shame to see them go and it’s another loss to the high street.”

Many people in Sheffield have shared their sadness on social media over the news of the demise of Thorntons on the High Street.