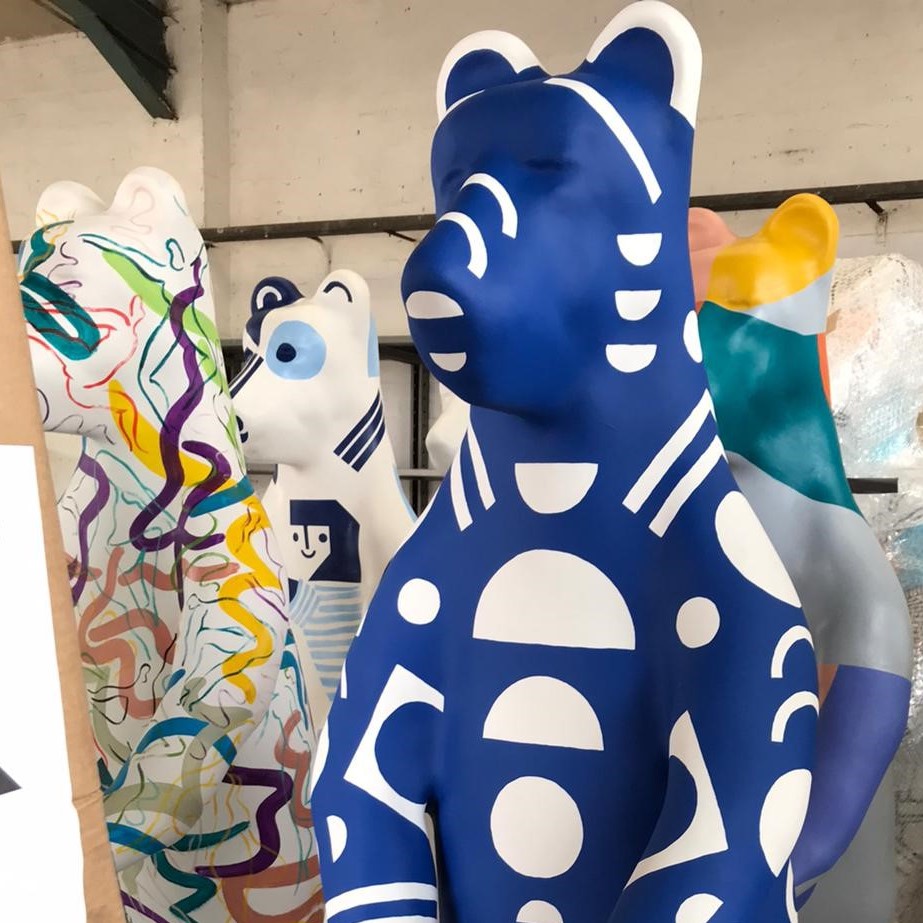 A trail of bear statues is set to take over the city centre after artists created sculptures to raise money for sick children in Sheffield.

The Bears of Sheffield Sculpture trail will start in July to raise money for Sheffield Children’s Hospital.

It has been organised by The Children’s Hospital Charity and the donations will help to transform the Cancer and Leukaemia ward.

Daniel Robinson, media and communications officer, said: “The transformed ward would create a new home from home for families with space, privacy and natural light to make hospital stays and isolation a place of sanctuary and calm.”

The trail will showcase 60 big and 100 little bear sculptures both indoor and outdoor all around Sheffield. The majority will be in the City.

The Bears will be designed by people of all ages from amateurs to professional artists.

Not all of the artists involved have been named but some include Jo Peel, Morag Myerscough and Geo Law.

Oli Frape is a lettering artist in based between Sheffield and London will also be designing on of the sculptures. He has worked with clients such as Mercedes, Tesco, Nestle and The Guardian.

He said: “My bear will be covered in typographic doodles and ‘tattoos of things that people from Sheffield have said mean something to them about living here.”

The ward treats children from babies through to 19 year olds from South Yorkshire, Lincolnshire, Derbyshire and as far south as Northampton.

Mr Robinson said: “We obviously hope that the Bears raise even more.”

The organisers are also working closely with Sheffield city council to ensure safety guidelines are being followed due to the pandemic.

Locations for the bears are currently being assessed for safety and plans will encourage social distancing.

Bears also are not to be collected using a QR code. Participants simply need to be within 5 metres of the sculpture.