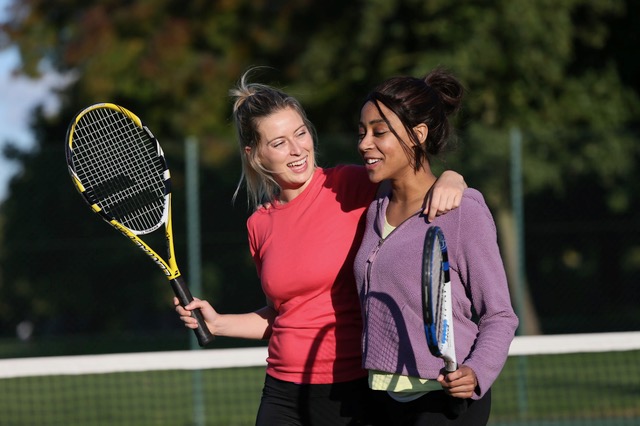 A Sheffield tennis organisation has said it “cannot wait” to re-open its courts and stressed the importance of the sport for people’s mental and physical well-being.

Under the UK’s government’s roadmap out of lockdown, outdoor sports facilities, such as tennis and basketball courts, are scheduled to re-open on 29 March.

Nick Elliott, 48, Operations Director for Premier Tennis Sheffield, said: “We get our fair share of stories about how impactful tennis has been on people’s lives, whether it’s from a health perspective, losing weight, getting fit, making friends.

“The loneliness is combatted by having a social but physical activity. Tennis has helped people get over bereavement. We’ve had stories from all kinds of people of how tennis has properly impacted their lives aside from forehands and backhands, and games and sets of tennis.

“Tennis and a couple of other outdoor sports like golf have seen a real renaissance so people are really keen to get back out on court. We just can’t wait for it.”

Premier Tennis Sheffield work in partnership with Sheffield City Council to bring tennis to Sheffield’s public parks, and said customers will be able to book courts from the 22 March.

“Tennis by nature is pretty naturally socially-distanced. A game of tennis takes place in an area that is 600m2 . With most recreational sessions being a maximum of four people, there is plenty of natural space for people to be socially-distanced.

He also said a five-minute break will be introduced between people entering and exiting the courts while everyone will be encouraged to bring hand sanitiser to use after using the touchpads.

Of how the organisation has coped during the pandemic, he added: “We’ve benefitted from furlough. We’ve had some grants from local authorities where we have got premises.

“We feel fortunate to have been able to survive. We genuinely were wondering whether we would survive when we went into lockdown one.

“We were certainly having conversations this time last year about the future of our operations which is a community-interest company so we tried to operate for the right reasons and to support local communities.”