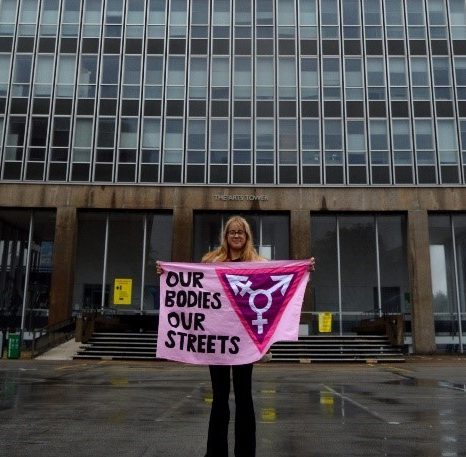 Women across Sheffield are coming together to fight against sexual harassment and gender-based violence in light of this week’s shocking events.

The tragic case of Sarah Everard, who went missing in South London, has been at the forefront of national news this week. Just days after Sarah’s disappearance, UN Women UK published shocking statistics that 97% of women aged between 18-24 have been sexually harassed in public spaces.

These headlines have sparked conversation across social media about how common sexual harassment is and what men can do to make women feel safe when walking alone at night.

Across Sheffield, women have been working together in response to these events to help make Sheffield streets safer and protest against gender-based violence. A ‘Reclaim Sheffield Streets’ socially distanced vigil has been organised on Devonshire Green this Saturday.

Organisers of the South London vigil are going to high court after Metropolitan Police described the event as ‘unlawful’. Despite this, the vigil has had support from MPs including Labour’s Angela Rayner, who has said she hoped the event could go ahead and that “women’s voices cannot be silenced”.

Reclaim the Night organisers said that Metropolitan Police would be “silencing thousands of women” who want to “stand up for our right to feel safe on our streets”. The Sheffield based vigil is still expected to go ahead.

An organiser for the Sheffield vigil said: “Knowing that every self identifying female and non binary person in my life has been a victim to assault in some way makes you not want to stop fighting against it.

“We want to start conversations and show that we have a voice, and the people that have had awful experiences are not alone.

“How many people are attending is unconfirmed. We are taking it as it comes at the moment, we want everyone to be safe and within the law.”

Our Bodies Our Streets, a Sheffield based organisation tackling catcalling and sexual harassment, have launched their Safer Parks After Dark campaign. They appealed to Sheffield based Facebook groups for donations of fairy lights for a temporary lighting installation in a Sheffield park, in the hopes of sending a message of how important safety interventions are in public spaces.

Kerry Lindeque, who is a part of the campaign, said: “ We hope to use this to ask national government to provide more funding for parks in Sheffield and other cities to make them feel safe for everyone, and make them equal for women and other marginalised communities who tend to feel less safe accessing such spaces which are vital for maintaining good mental and physical health.”

Photo by Our Bodies Our Streets