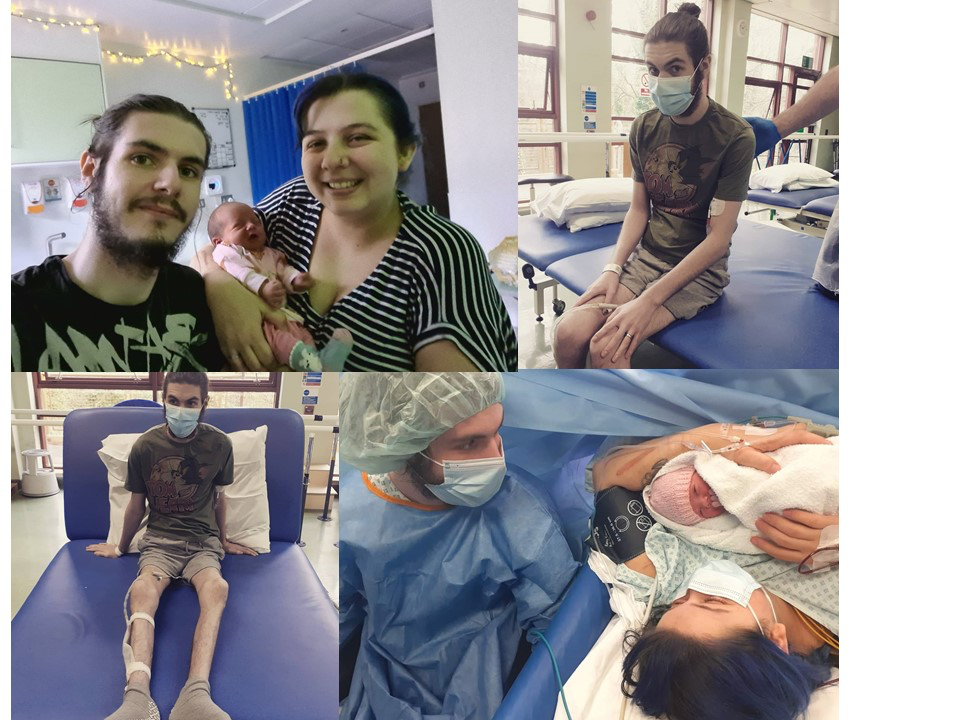 A first time dad was told he would need 24-hour specialist care after being paralyzed from his rib cage downwards – 20 miles from where his wife was due to give birth.

Jordan Anderson, 24, and wife, Emily Anderson, 23, were hit with a double blow last year when Jordan suffered a spinal cord injury after an abscess burst in his spinal cord.

A patient at Sheffield Teaching Hospitals, Jordan said: “I had prepared myself for the fact that I wouldn’t be able to be there for the birth of my first child.

“It broke my heart seeing Emily so upset and knowing that I couldn’t be there to support her.”

Emily was due to give birth at Chesterfield Royal Hospital, Calow.

Staff on the orthopaedic ward at Sheffield Teaching Hospitals and midwives at neighbouring Chesterfield Royal Hospital held a number of virtual meetings to see what could be done.

Emily had to be induced earlier than expected due to pregnancy complications, meaning that arrangements had to be finalised within a number of days.

Emily said: “My baby’s heart rate began to deteriorate so the decision was made to get me to theatre for an emergency C-section. All I wanted was for Jordan to be there with me.

“I heard one of the theatre staff saying something like ‘we need to get Dad here’ and within five minutes he was here.

“I’ve never felt so happy to see anyone, to see him there with me at that moment made all the difference.”

Jordan was temporarily placed under the care of the Royal’s orthopaedic department in order to give the two some precious time with their baby, Elsie.

Jordan said: “To see my child literally just being born, I can’t put it into words what that means.”

Once Emily and Elsie were discharged, Jordan was transferred to the Princess Royal Spinal Cord Injuries Centre at Sheffield Teaching Hospitals.

Emily said: “They’ve moved heaven and earth to give us such a precious week together as a family.

Thanks to the time we were given to bond in that first week it’ll be a happy reunion rather than a first meeting and I’m so grateful to everyone for making that a reality.”

“Both Jordan and Emily have gone through huge life-changing events, so we are delighted to have worked with our colleagues in Chesterfield to put the needs of both our patients first and bring them together at one of the most precious moments of their lives.”