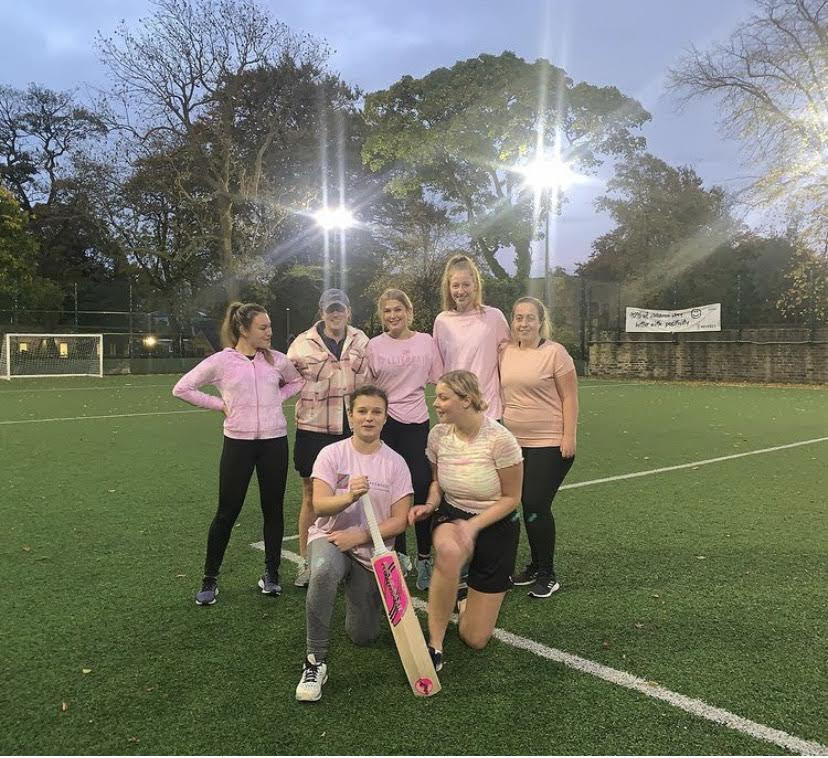 Cricketers in Sheffield have already raised more than £1,000 for cancer research by walking and running 56 miles each.

Members of the Sheffield Hallam Women’s Cricket Clubs took on the challenge to raise money for Cancer Research UK and to do something positive in the middle of the pandemic.

Team member Emily Jackson said: “We’re finding it great. We have all really enjoyed it so far and were so proud of the impact it’s made already, not only for Cancer Research UK, but it’s really helped the team’s mental health by getting out everyday for that bit of exercise.”

The team wanted to raise awareness and money for Cancer Research UK as it’s a cause close to their hearts. Cancer is an illness which has affected all the girls in the club one way or another.

Fellow team member Charlotte Casey said: “My nan, who I unfortunately never met, passed away of cancer so this was my way of giving back to her and I feel very proud to have been part of an incredible team of ladies , raising as much money as we can.”

As a club they wanted to highlight the student mental health crisis which has been heightened through corona. By getting out daily doing some exercise whether it’s a run or a walk, has endless mental health benefits, these which Miss Jackson emphasised are undeniably important during the Coronavirus pandemic.

On their go fund me page they have already received a lot of support with over £1000 of donations.

Miss Jackson said: “It feels overwhelming. Being a small team in the grand scheme of things, having the opportunity to raise the amount of money we have so far has given the whole team a moral boost.”

The team say that they are sad that the challenge is almost at its end. They have all had a great time during it and most importantly, they are very proud of the impact they will be able make for Cancer Research UK with the donations they receive.

They are already looking forward to repeating the challenge in February 2022 and further help Cancer Research UK in their fundraising efforts.