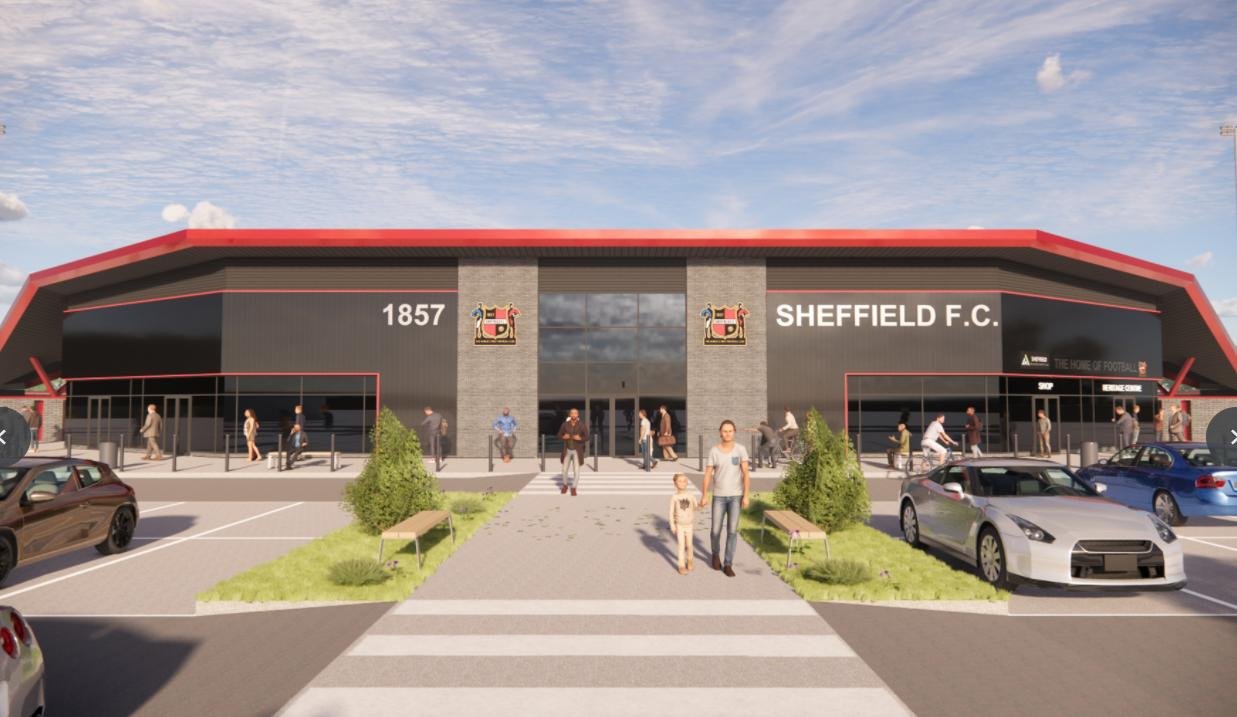 Sheffield FC have unveiled plans to build a stadium in the city, after a 20 year spell of playing home games in Derbyshire.

The club, which is officially recognised as the world’s first, published an artist impression of the planned ground on their website and social media pages last week.

The announcement prompted excited reactions from users on Twitter, who praised the clubs decision to move back to Sheffield.

One user said: “Love to see this, really hope Sheffield as a city promote this project.”

While another added: “Looks amazing. Quite befitting of the world’s oldest football club.”

Since 2001 Sheffield FC have played their home games at the Coach and Horses in Dronfield, but the fresh plans propose that the new stadium is built in Meadowhead.

The club have also revealed that the new ground will be branded ‘The Home of Football’, in line with the club’s prestigious title of being the first official football club in the world.

Sheffield currently play in the 10th tier of English football, in the Pitching In Northern Premier League, which is currently suspended due to COVID-19.

On the clubs website, they demonstrated a desire for the new stadium to become “an international visitor attraction where fans from every nation can visit.”

Plans for the capacity are unconfirmed, but it is rumoured to be a planned 4,000 and the stadium will have a shop and heritage centre.

Watch the video of the artist impression of the plans below.