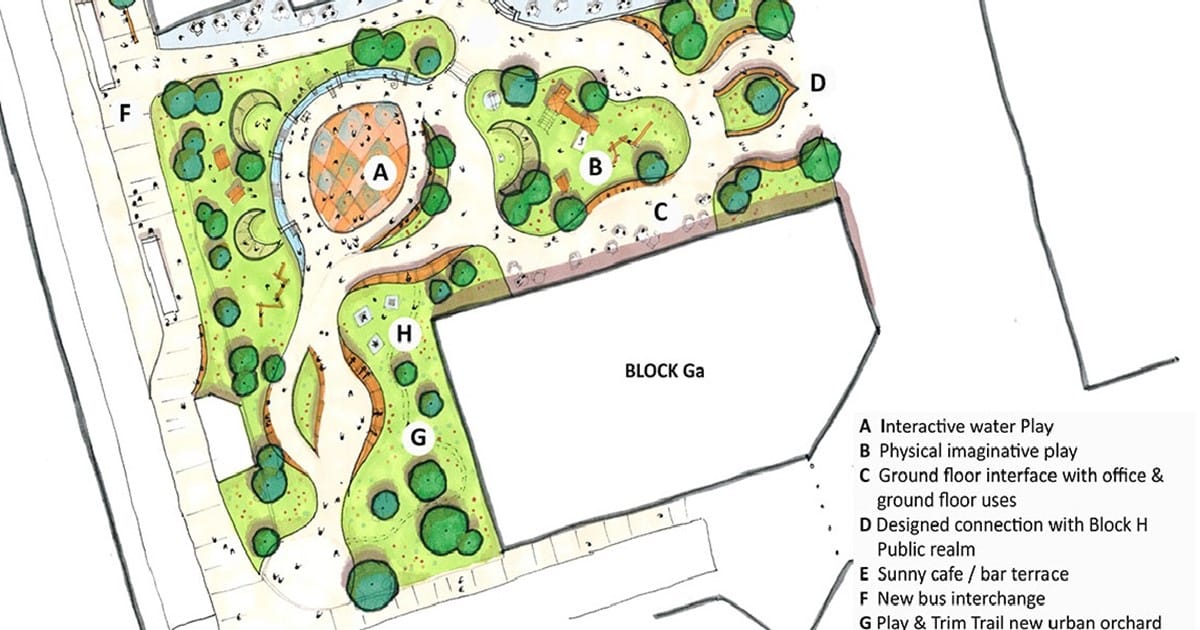 Sheffield City Council have showcased proposals for Pound’s Park – a landmark green area in the centre of the city.

The park would be located between Rockingham Street, Wellington Street and Carver Street and is part of the Heart of the City scheme, which is aiming to turn the city centre into a greener, more sustainable and people-focused destination.

“Pound’s Park will be a beautifully designed public space of real quality – one of the most significant city centre parks in the country. It will provide a new focal point for families, prioritise walking and cycling over cars, and help improve both the physical and mental wellbeing of city centre visitors, workers and residents.”

As a tribute to the former fire station site upon which it would be build, Pound’s Park is named after Sheffield’s first Chief Fire Officer, Superintendent John Charles Pound.

“I know that our old headquarters on Wellington Street were a much loved place of work for many current and former members of staff and it feels fitting for this proposed green space to retain some connection with its past by being named in this way.

“The fire and rescue service is also rightly proud of its long and illustrious heritage and we would feel honoured for the park to be named after the city’s first Chief Fire Officer.”

In 2018, the site was originally planned to be turned into a multi-storey car park, hotel and over 150,000 sq ft of office space. While some welcome the shift to a more sustainable central hub, others raise concerns about safety and accessibility.

“The city centre is struggling to get decent footfall. This is because there is not enough parking in the city. This isn’t about wildlife or green spaces.

“The parks that already exist in Sheffield are not maintained properly and they are overrun with antisocial behaviour, especially in summer months.”

You can view the proposals for Pound’s Park and submit your feedback here: bit.ly/3bQ8F3a