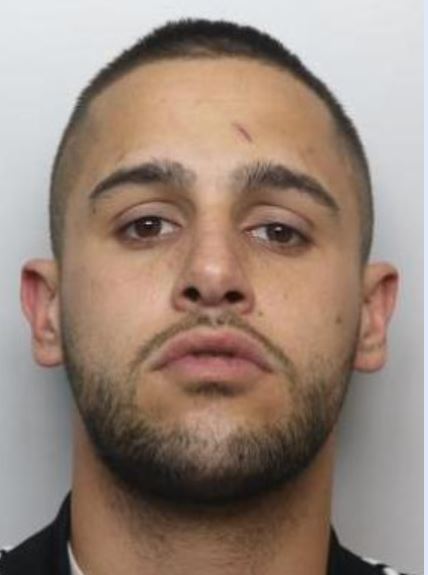 A Sheffield man has been jailed for six years following a string of violent attacks across the city centre last summer.

James Cooke, 27, went on a violent rampage on Saturday 15 August, targeting multiple victims and leaving many, including children, fearing for their lives.

Detective Constable Oliver Hobson said: “Each and every one of Cooke’s victims were going about their daily business when they were attacked or threatened by this aggressive and violent offender.

“The court heard how he simply ‘ran amok’ that day and left chaos in his wake, the people of this city do not deserve to be part of such chaos.”

The attacks began at the Hilton Hotel where Cooke was staying when he threw plant pots at and hit several members of staff who had discouraged him from inviting guests into his room due to Covid-19 restrictions.

Cooke exited the hotel and unprovoked, punched a man outside the Emergency Services Museum before running away towards the Wicker where he pulled a knife from the waistband of his trousers and threatened a man who was walking towards him.

As the victim ran away, terrified, he heard Cooke shout: “You’re lucky I’ve not got a gun.”

Several calls were made to the police as Cooke continued to run to Manor Park where he brandished a shotgun in front of the public, including small children, who fled fearing for their lives.

Officers approached Cooke and when he refused to put the gun down, shot him with a rubber bullet.

Cooke was arrested and police seized a large kitchen knife and firearm from him. 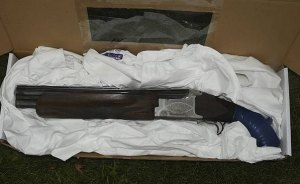 The court heard how Cooke had taken drugs and drank heavily the morning of the attacks.

After pleading guilty, Cooke was sentenced to six years in prison at Sheffield Crown Court on 4 March.

DC Hobson said: “I would like to commend all the victims in this investigation for their bravery and dignity, not only in the face of such terror, but also during the judicial process.

“I am really pleased with the sentence he has received. Cooke is a dangerous man who absolutely should not be on the streets of Sheffield.”