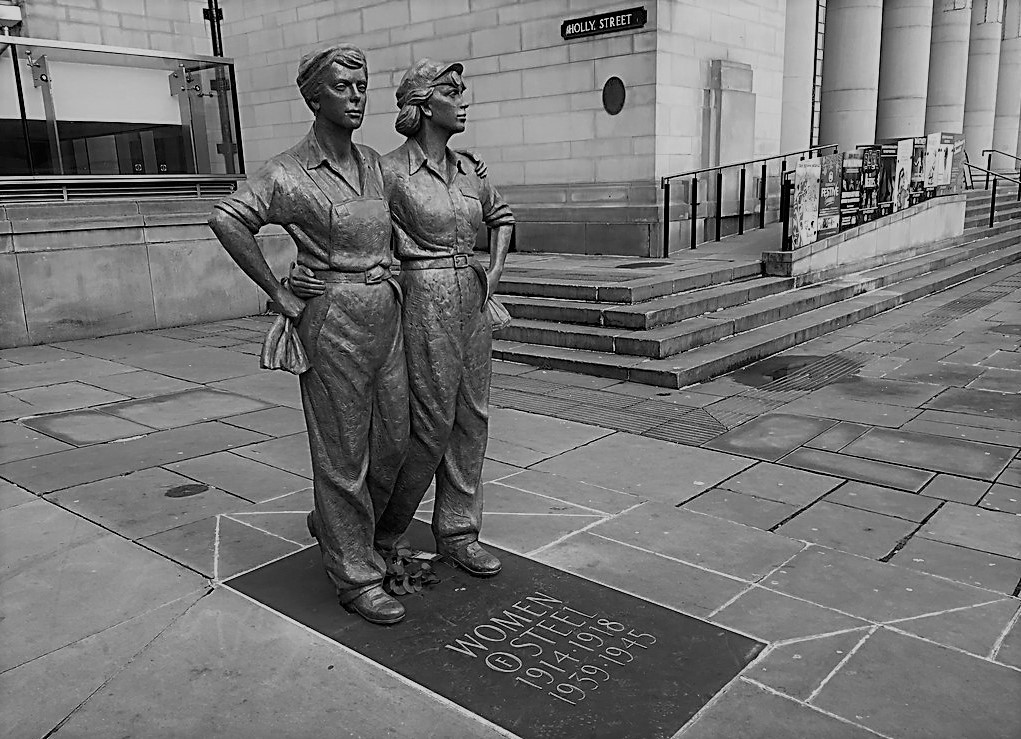 The city has chosen to show its support once again for International Women’s Day on March 8 and fully embrace the theme of ‘Choose to Challenge’.

Sheffield is no stranger to celebrating women, The Women of Steel statue was unveiled in 2016 as a celebration of the women of Sheffield who worked in the steel industry during the world wars.

Michelle Rawlins, author of Women of Steel and lecturer, said: “The Women of Steel were hugely influential and the sacrifices they made should never be forgotten.

“We cannot underestimate the part these women played,” added Ms Rawlins, “Many were mum, who had to hand over their young children to relatives or leave them in the care of older brothers and sisters, while others were still teenagers, but the one thing they all had in common is they sacrificed years of their lives to do their bit.

“On International Women’s Day, we should never forget what these remarkable generations endured. They not only sacrificed so much but also paved the way for future generations, showing them as a woman you can achieve the most formidable of things, that will have a long-lasting impact.”

Sheffield City Council are participating in a social media campaign to show their support for #ChoosetoChallenge. The campaign involves taking a selfie with a raised hand and posting it on social media with the hashtag and are also encouraging the people of Sheffield to join in with them.

Councillor Mary Lea, cabinet member for culture, parks, and leisure, said: “Our city is an inclusive city, and we strive for equality for all people, not just women. I hope that by raising awareness of equality issues we will inspire future generations to stand up for what’s right and make a difference, for everyone.”

Other events include the Inspiring Women’s Network hosted by Sheffield’s Chamber of Commerce, celebrating women in tech, and The Women of Sheffield Awards 2021 hosted by The Sheffield Star.

Universities are also getting involved, The University of Sheffield has released their plans – including their participation in the #ChoosetoChange campaign and their upcoming plans to progress gender equality through their policies and support, including their efforts to reduce the gender pay gap.

A spokesperson for the university has said: “Reducing the gender pay gap is an important area of work in our commitment in the University’s vision to identify and tackle patterns of inequality, to ensure that staff and students can achieve their full potential. The gender pay gap will be tackled in faculties and professional services through the creation of targeted action plans.”

Additionally, they are hosting an online event on March 10. This event will mark the relaunch of the Women@TUOS staff network and a speech from keynote speaker, Pamela Harris, Professor of Mathematics at Williams College.

Professor Gil Valentine, Provost and Deputy Vice-Chancellor on striving for gender equality said: “I’m proud of the progress we have made as a University but there is more we must do. We all have a role to play in building a more gender-balanced world and I would like to thank colleagues across the University who are making important progress with central and department initiatives, as well as a great many individual contributions and achievements that we see every day.”