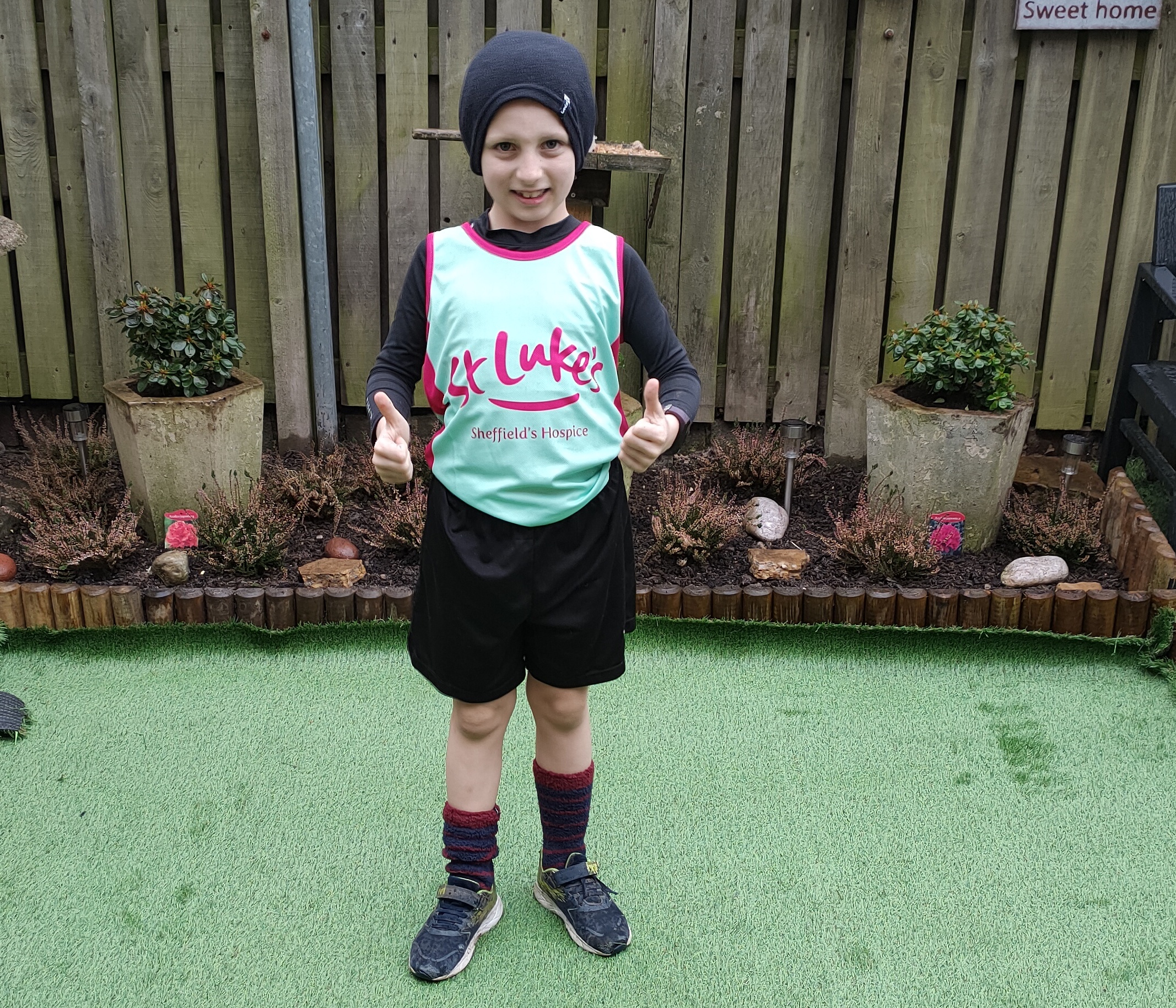 A heartfelt thanks has been issued by St Luke’s Hospice  after Sheffield families have laced up their trainers in a bid to raise much needed cash after most fundraising events were cancelled.

A 13 mile running challenge was launched after Covid-19 meant the hospice’s usual events had to be called off.

The  figure represents the St Luke’s Community nurses, who travel this distance in two days, visiting patients in their homes or nursing homes.

Daniel Finch, 34 and his two children Joel, 11, and Esme, eight, have joined in with the home run – they plan to run one and a half miles each day of March. 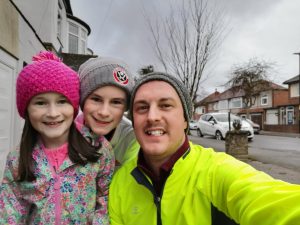 In 2019, Mr Finch arranged a charity football match alongside his employer Westfield health, a non-profit organisation where he is a senior delivery manager. This match raised £6,000 for St Luke’s Hospice and CALM (campaign against living miserably)

Mr Finch said: “Anyone that has lived in Sheffield has known someone who has had to go into St Luke’s and is aware of all the good work they do. That was the main motivation for joining the home run, knowing that I’d raised money for them in the past and wanted to continue to support them moving forward.”

Mr Finch said that this is the first time he is running alongside his children, and that whilst raising money for charity they can keep active and work as a team to motivate each other.

Seven-year-old Eddie Reynolds, (pictured) a Stradbroke Primary School pupil is also joining the run and will be jogging 60 miles over the course of March in memory of his grandmother, Kathleen Maddock, who was a patient at St Luke’s.

Andy, Eddie’s Father said: “He knows about St Luke’s and how they looked after his gran and he said he wanted to take part. He’s determined to keep going all the way through March and we are very proud of him.”

St Luke’s hospice provides high quality care and support for those dealing with terminal illnesses. Donations make a huge difference, £100 can be used to  contribute towards the cost of a nurse’s travel.

John Highfield, Media Relations Manager for St Luke’s Hospice said: “ People have been extremely generous, all of our campaigns over the past few months have had a fantastic response, and this is another fine example.”

Government funds only cover 25% of the running costs for St Luke’s, sponsorship money from events and fundraisers help to raise the remaining £7.5 million needed each year.

Mr Highfield said:“ Like all charities our revenues have been hit by the pandemic and so whilst we’ve been unable to host our usual raft of events, we’ve had to find alternatives and this is one of them.”

Mr Highfield said: “We don’t want to be seen to be doing anything that puts our supporters in danger, we are a health facility, we don’t want people to be putting their health at risk.”