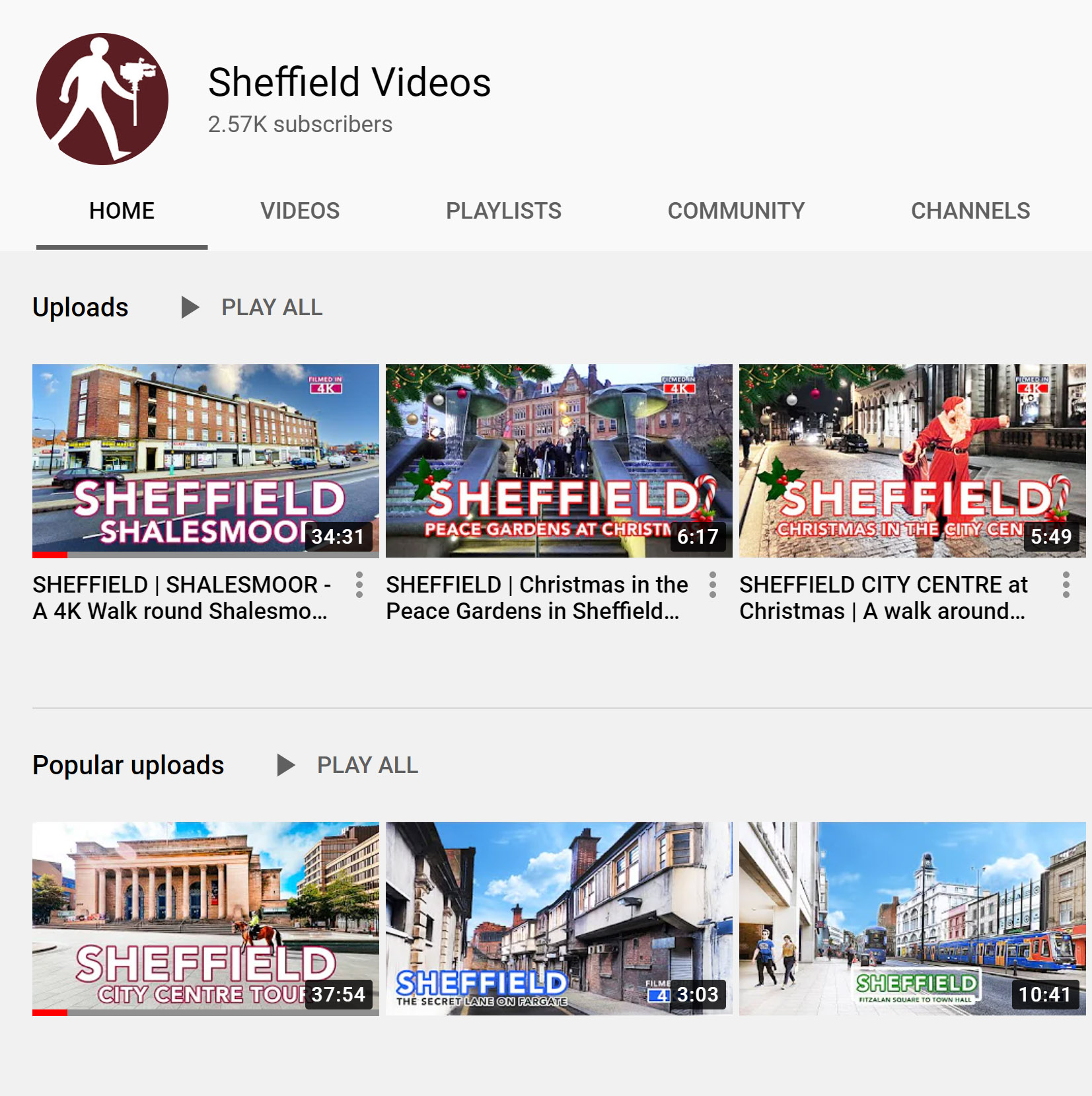 A YouTube channel which re-creates the feeling of walking through city streets online has hit the milestone of 2,5000 subscribers.

The channel was created earlier last year and has already reached 200,000 total views.

The YouTuber films Sheffield from a first-person angle with no voiceovers or music added in post-production. His main objective is to create a feeling of walking through the city as in real life, not on screen.

Mr Hargreaves, 50, of Hillsborough, said: “I’ve always loved this city and I am extremely passionate about Sheffield. I thought I would document life in the city for Sheffield people, and everyone else, to see what living in the city is like right now.”

The videos are watched not only by local residents but also by parents of the future Sheffield students, foreigners, and former Sheffield residents who miss their hometown.

Mr Hargreaves said: “When I look at the analytics on the channel I can see there are people viewing the channel from all over the world.”

The YouTuber spends a lot of time answering questions about the city in the comment section of his videos in order to promote the city to future residents.

The videos are filmed with professional equipment, which allows viewers to watch them in 4k resolution. Special techniques are also used to make the videos stable.

The creator of the channels hopes that his videos will be watched by many people in the future and used as archive footage of past days.

Mr Hargreaves said: “I want my children and their children to see what life was like, what cars we drove, what shops we shopped in, and what buildings we have.”

Neil Hargreaves works in the music industry and creates content for several YouTube channels as his hobby.