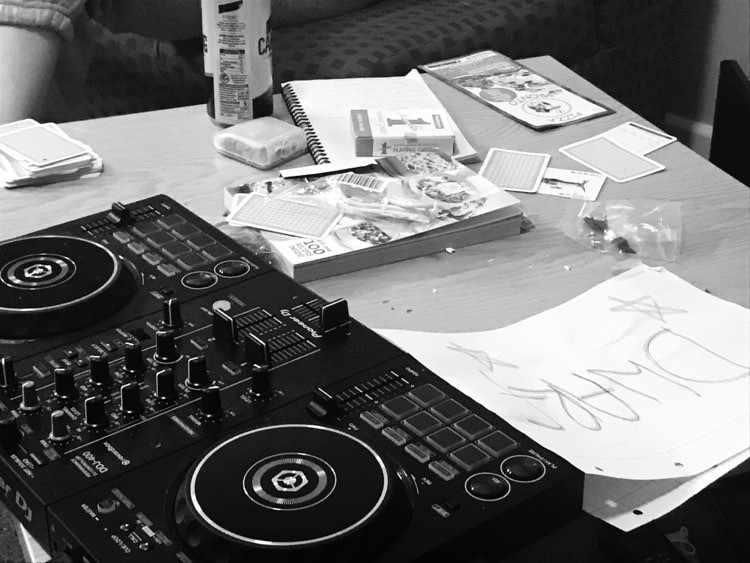 Parties and raves have continued to go on across the Sheffield student community despite thousands of pounds in fines being issued last month.

Police handed out £34,000 worth in fines at Ranmoor student village on Fulwood Road on February 5.

Following the recent fines, ShefLive interviewed a DJ who hosted a rave in his basement during lockdown and did not get caught.

James, whose name has been changed, is a second year student at the University of Sheffield.

During lockdown in February he hosted a rave in his basement in the Crookesmoor area with around 50 to 60 people attending.

James said: “People were arriving and leaving in their own small group, one of the DJs was from Oxfordshire so some people were coming by trains and Ubers.”

According to Sheffield Hallam University, there are 60,000 students in Sheffield, making up 10.2 per cent of the city’s overall population

James said: “It was just nice to be back to some form of normality.

“We had the lights, we had the speakers and because we were underground we weren’t disturbing or infecting anyone else “

University of Sheffield statistics show seven new staff and student cases of coronavirus within the last week with a seven day rolling average in all cases.

Home Secretary Priti Patel announced in January that fines for breaking lockdown restrictions can now reach are up to £800,

She said: “To them my message is clear. If you don’t follow the rules the police will enforce them.”

But James believes that many students will continue to break lockdown rules despite the threat of a fine.

He said: “A lot of us are stuck here, and people are going to find a way to have a good time no matter what, whether it’s against the rules or not.”

One student told ShefLive that he was warned by police in November to expect a fine after he hosted a party, a breach of the restrictions at the time. But he still has not received it.

“They were taking all our names, and our ID cards and checking that we were students,” he added.

A spokesperson for South Yorkshire Police said that fines are managed nationally by ARCO, a public sector organisation that receives funding from various sources including the police service.

In January, it was reported that nationally, more than £170,000 worth of fines were distributed across 1,898 university students by ACRO.