High Green is blooming again thanks to local policing team 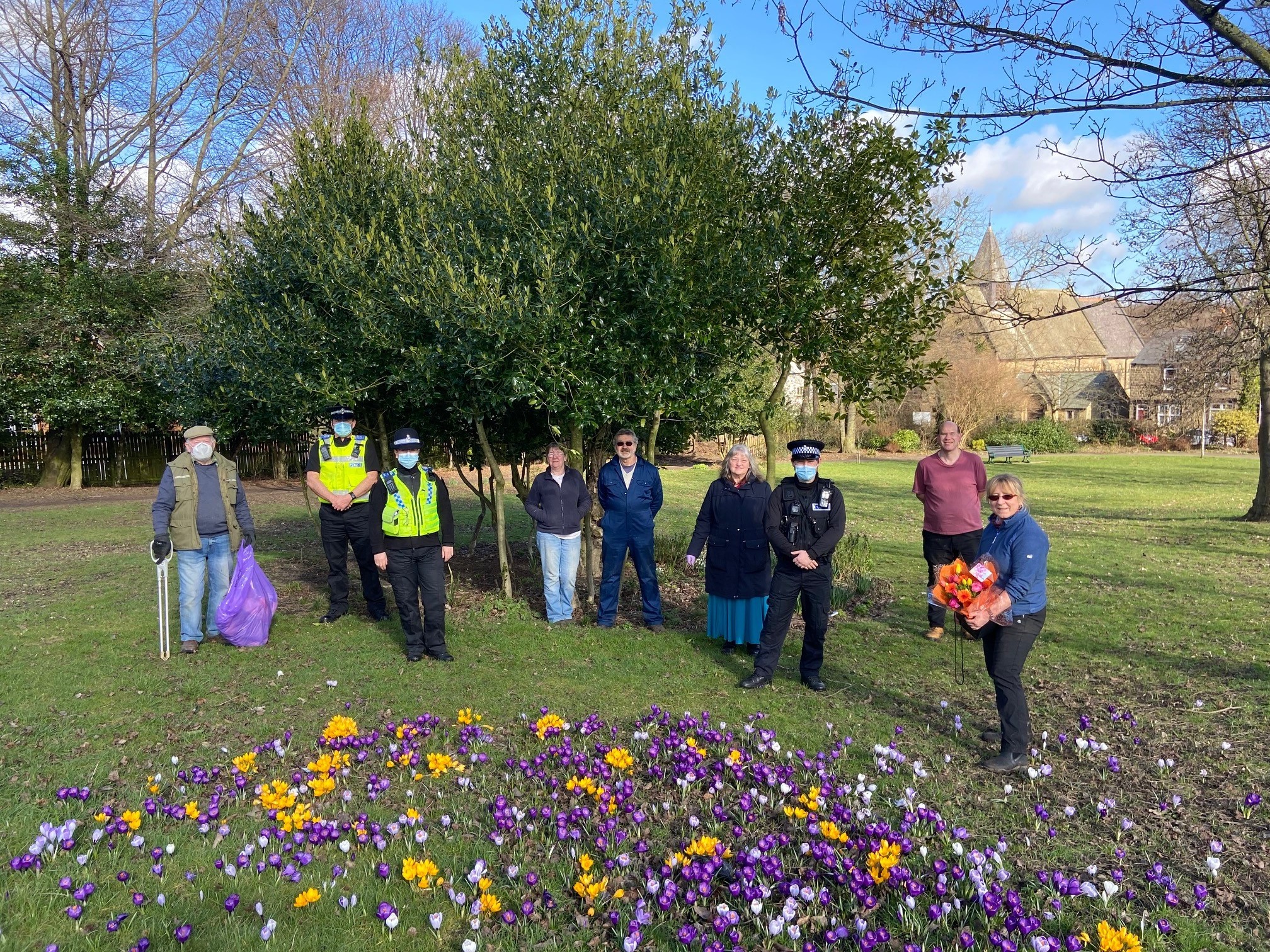 A group of volunteers from High Green in Bloom have been reunited with their stolen equipment after burglars raided their storage unit at the start of the year.

Thieves broke into the unit in Mortomley Park on 13 January, but police recovered some of the items just weeks later at a property in High Green. They have now returned the equipment along with a bouquet of flowers to thank the volunteers for their good work.

Two people were also arrested and have been released under investigation while the police complete more enquiries.

Sergeant Matt Cook from the High Green policing team said: “High Green in Bloom do such a fantastic job of keeping community spirit going in this area, so we were really frustrated to hear they had been targeted by thieves.”

The group, which was founded in 2011 and consists of eight members, is responsible for maintaining High Green’s parks and keeping them looking beautiful for the local community.

They are responsible for the upkeep of Mortomley Park which has become an important community fixture since the start of lockdown. Families are using the parks more often and for longer with the group receiving many positive comments from the public telling them to keep up the good work.

Group organiser Jo Birch said: “Some people have said they didn’t even know it existed until lockdown and how important it’s been to them for their mental wellbeing to be able to get out into a green space that’s well maintained and that’s a positive for us to keep going.”

Since the break in in January Jo said there has been an outpouring of support from the local community. Businesses and individuals have  donated both tools and money to the group to help them replace what was stolen.

As well as helping the local community, looking after the park has also helped the group’s mental health. At the beginning of lockdown, a lot of the team were self isolating but now are enjoying getting back out.

The oldest member is 83 and he is hoping to get involved again next week, which will be the first time since before Christmas.