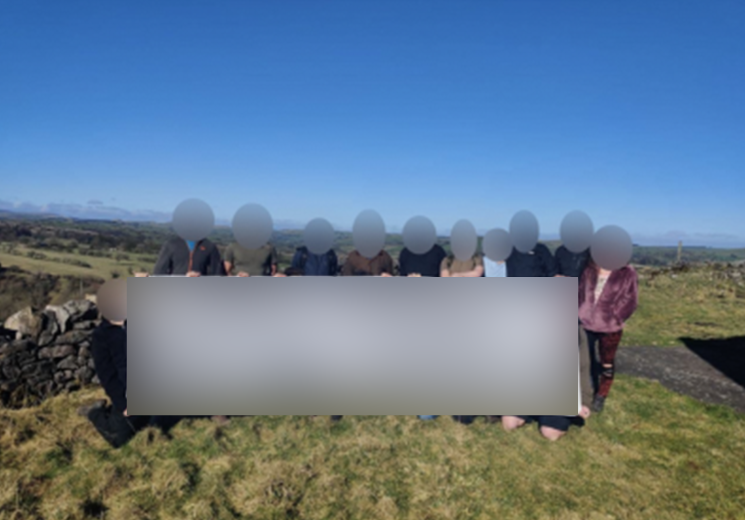 A far right group has been condemned for unveiling a banner on Mam Tor on Sunday promoting their views.

The East-Midlands branch of the organisation Tweeted a photo of a group of people whose faces had been obscured, holding up the banner. ShefLive has chosen to obscure the message.

Derbyshire Police said it did not receive any complaints about the incident, but members of the public have expressed their anger regarding it.

Condemning the actions of the group, the Derby branch of ‘Stand Up to Racism’, an anti-fascist organisation, said: “Firstly, nobody has ever said it isn’t OK to be white.

“The point is that historically and currently, it is much harder to be black. That is why the Black Lives Matter movement is a progressive movement aiming to redress the inequalities that exist.

“They are denying racism and in fact promoting division and hatred. Diversity enriches our society and benefits everyone, white and black alike.”

Stand Up to Racism held an online conference on Saturday, which had over 1,000 attendees. It included guests such as the Liverpool Lord Mayor Anna Rothery, who spoke about decolonising education and the legacy of slavery and empire, also reflecting on the impact of the Black Lives Matter movement.

Speakers also included David Denny, general secretary of the Caribbean Movement for Peace & Integration, along with representatives from the University and College Union, the Educational Institute of Scotland, and the National Education Union.

‘Derby Stand Up to Racism’ is also seeking to whip up support ahead of UN Anti-Racism Day, which will be held on Saturday 20 March, encouraging “everyone to join in with the local activities”.