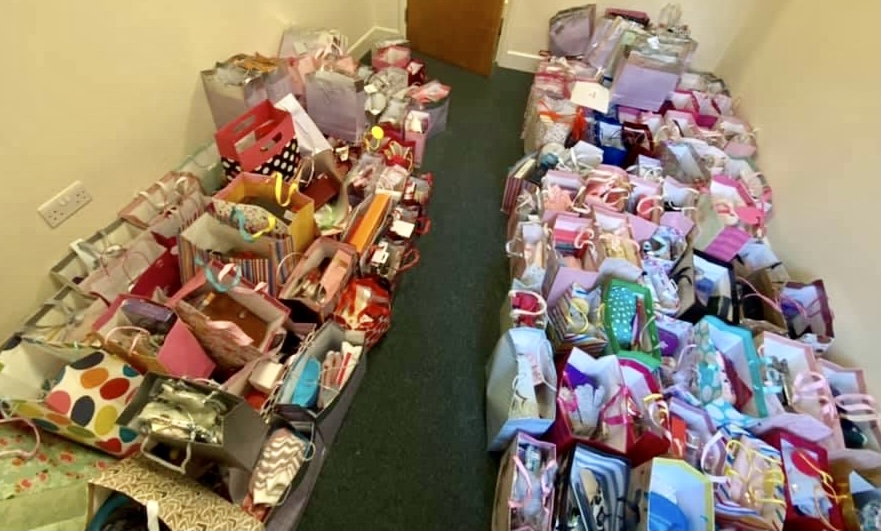 A volunteer has put together a record number of Mothers’ Day gift bags for women who are struggling with issues ranging from domestic violence to financial difficulties.

Dr Chris Sexton this year made up 490 gift bags which she has donated to women’s charities around Sheffield. She first started making gift bags for the charities four years ago when she put together 40 in total.

Some of the charities which have received the gift bags include Women’s aid, YWCA, Ashiana, Mind, Baby Basics and Francine’s Rehouse to Rehome.

Baby Basics Sheffield, where midwives and health visitors can request baby equipment and essential toiletries for their clients, received 70 gift bags which they will give to workers collecting general referrals from now until Mothers Day.

Louise Hutchings, centre leader for the branch, said: “These bags are crammed full of treats that these mums wouldn’t even be able to think about spending on themselves.

“Some of these people might be in refuges, or be victims of human trafficking. Their stories are beyond tragic. It’s wonderful to be able to give something that makes them feel valued and special.”

Dr Sexton, a retired head of IT from the University of Sheffield, is also part of a group of friends – known as the Shoebox Team – which has run an appeal at Christmas for the past nine years to give out gift boxes around Sheffield, usually doing about 4,000 per year.

She said: “When we were doing the shoe boxes we did reach out to a few women’s charities because we felt they were underrepresented in what we were doing.

“We discovered loads of them in Sheffield, loads of families who struggle for all sorts of reasons: mental health problems, addiction problems, all sorts.”

Most of the bags will contain a blank Mothers Day card that children can write in. This came after people running refuges said that children were upset that they couldn’t give a card to their mums on the special day.

For the first three years of the appeal Dr Sexton ran it from her home, last year having three bags on each of her stairs without room to store them.

This year, the Church Army at The Wilson Carlile Centre was able to let her use its currently unused conference centre on Victoria Street.

She said: “Without them I don’t know quite how we would’ve done it. They’ve been just marvelous.”

Dr Sexton started the appeal at the beginning of February, and closed collection on Friday to give charities time to distribute them to those living at home.