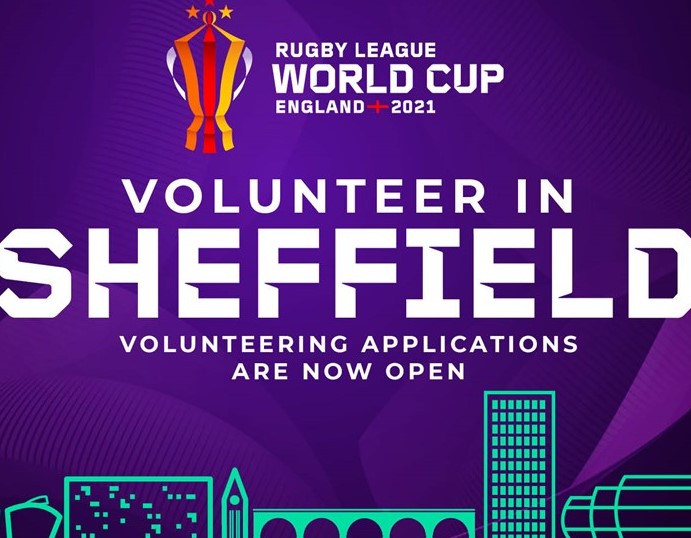 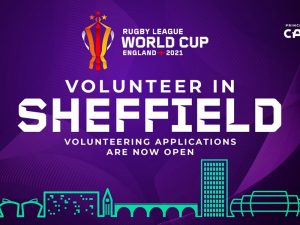 Organisers of the 2021 Rugby League World cup have created a record number of volunteering positions, with opportunities for Sheffielders to get involved.

Around 2,000 volunteers will be recruited as part of ‘The Power Squad’, which includes a range of roles including transportation, way-finding, content and broadcast support and media.

Jon Dutton, Chief Executive for the Rugby League World Cup 2021 said: “The Power Squad programme will be the biggest volunteer squad ever assembled for a rugby league event.

“We want to engage with all ages, genders and communities and build on the incredible passion for volunteering at major events in England.”

The opening fixture of the tournament is England v Samoa on Saturday 23 October.

England’s group stage clash with Greece, whose team will be based in the city, will take place on 6 November at Bramall Lane.

The English Institute for Sport Sheffield is set to host all games in group B of the Wheelchair Rugby League World Cup and both semi-finals.

Councillor Mary Lea, Cabinet Member for Culture, Parks and Leisure at Sheffield City Council said: “The Rugby League World Cup 2021 is set to be the biggest and best event in the tournaments history.

“Those volunteering will be part of something very special, a huge moment in sport for Sheffield and for rugby league across the world.”

It is the first time in the competitions history that the Men’s and Women’s final will take place on the same day.

Rebecca Galley, who volunteered at previous events said: ” I gained so much from volunteering at a major event.

“I met loads of new people and made lots of useful connections that years later, I’m still in touch with.

“I was able to use a lot of what I had learnt from the events I had worked on and channel that into my own event”.

To apply or find out more visit volunteers.rlwc2021.com.