VIDEO : Sheffield cops use HGV tractor to catch drivers on their phones 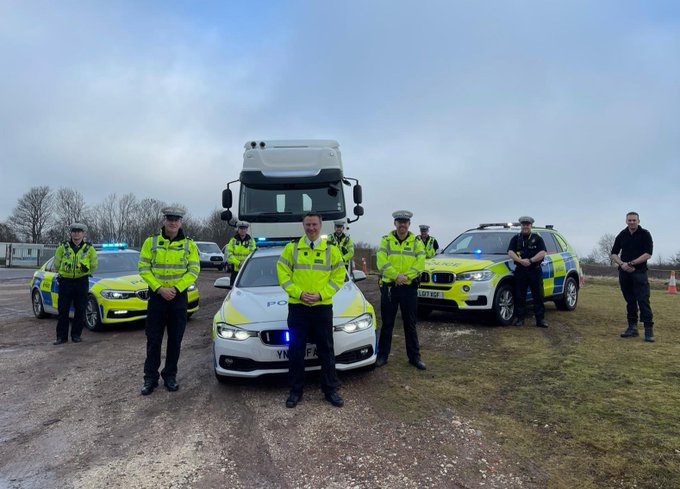 South Yorkshire Police haven taken to new heights to crackdown on mobile phone use behind the wheel.

Highways England has provided South Yorkshire Police with an unmarked HGV tractor unit which has allowed officers to see inside vehicles of greater height and crackdown on driver’s mobile use.

South Yorkshire Police are the first force in the country to trial this and have carried out daily operations.

Roads Policing Sergeant Bruce Yacomeni said: “This initiative has allowed us to enhance and increase our detection rates for those drivers using their mobile phones behind the wheel, or committing other #Fatal4 offences; drink and drug driving, speeding and not wearing a seat belt.”

The initiative will be welcomed by many drivers, as over 2000 people were killed or seriously injured as result of a driver being impaired or distracted on England’s motorways and major A-roads over five years.

Sarah Watson-Quirk, Highways England Regional Road Safety Co-Ordinator for Yorkshire and the North East said: “We have several lorry cabs at Highways England that provide the police will a valuable tool to carry out their job enforcing the law. Unfortunately around 450 people are killed or seriously injured every year on England’s motorways and major A roads as a result of a driver being impaired or distracted.

“Those who break the law by using mobile phones or distracted in other ways are putting lives at risk.”

A video of the operation and a driver being caught can be viewed below.