Sheffield parents voice concerns ahead of the return to school 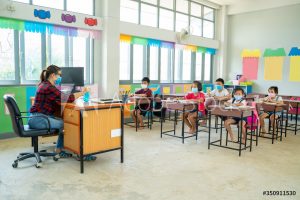 Parents in Sheffield have been urged to back a union’s campaign against the re-opening of schools next month.

The National Education Union (NEU) is one of nine educational organisations that has called on the Government to only re-open schools on March 8 if “if the scientific evidence is absolutely clear that this is safe”.

Dr Mary Bousted, joint general secretary of the NEU said: “Boris Johnson has, despite all his words of caution, failed to learn the lessons of his previous mistakes.”

The union also questioned why the UK government did not take the same phased approach as Scotland, Wales or Northern Ireland and that the headteachers should’ve been given the flexibility of phased opening at least.

Concerned parents have been also been urged by the NEU to sign a joint letter to Sheffield City Council citing concerns over the lack of scientific evidence that a return to school is safe, and urges the council to protect  children, school staff and their families.

The letter says: “Open schools more widely, but only when it is safe.”

The letter mentions that their plan lacks scientific evidence that it is safe and urges to protect Sheffield children, staff, their families and the whole community.

Radhika Pawar, a parent of a daughter studying in Children’s First Nursery in Sheffield, said that her daughter had been going to the nursery all this time but she is scared to send her every day. She makes sure that proper measures are taken as soon as she reaches home.

However, she feels attendance is essential for the “growth and development” of her children which they cannot do at home.