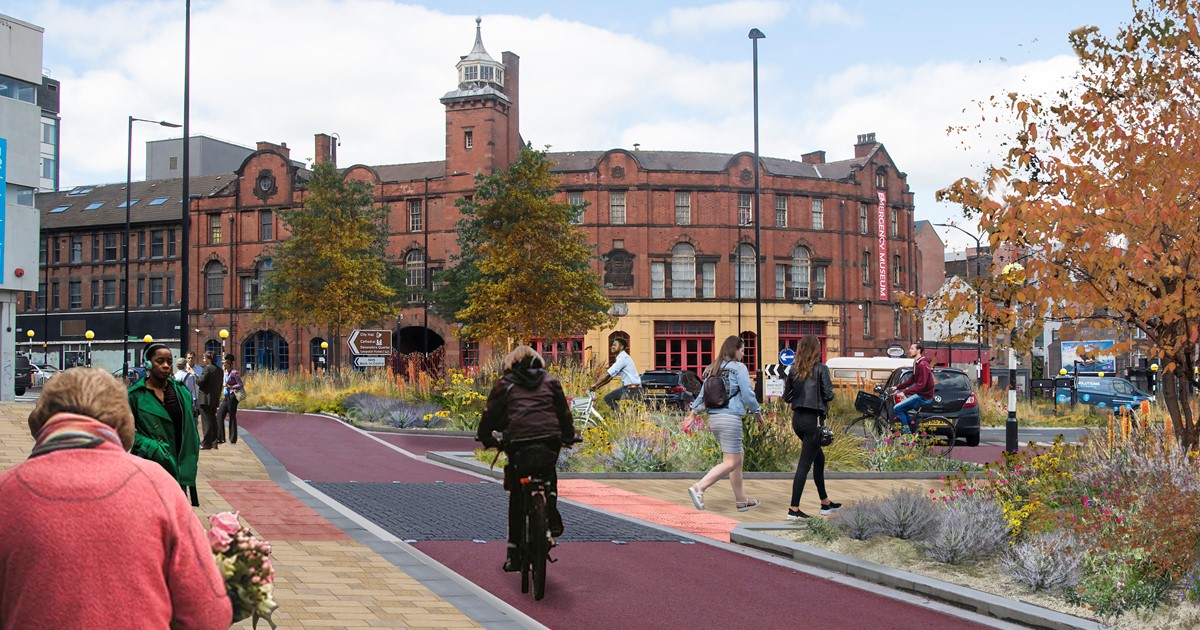 Plans for a new Dutch-style roundabout have been proposed, which prioritises pedestrians and cyclists in Sheffield.

The plans are centred around the areas of Neepsend and Kelham, and will seek to pedestrianise sections around West Bar in order to create a safer outdoor setting for those not driving, as well as reducing car speeds through smaller carriageway widths.

A significant aspect of the proposal involves a new Dutch-style roundabout, inspired by the eco-friendly, pro-cyclist kind seen in The Netherlands. It aims to not only reduce the amount of traffic running through the area, but also to separate cyclists from the roads and keep them safe from road accidents.

Cyclists are at the centre of the changes, with bright distinctive cycle lanes giving those on bikes priority at the junctions as well as the addition of dedicated cycling signal points.

However despite these apparent benefits for those on two wheels, the Dutch style of roundabout has rarely been seen in the UK, with this particular one to be only the second of it’s kind in Britain if the plans are to go through.

This may be due to a number of issues with the first Dutch roundabout in the UK, built on Fendon Road in Cambridge, which garnered a lot of negative attention during it’s infancy thanks to two accidents happening in the first few months of it’s opening, even receiving the unfortunate nickname “the £2.3m cyclist killing zone” from the national press.

Sheffield city council have proposed the plans, with their desired appearance of the project aiming to be similar to that seen in Castlegate in Sheffield city centre, and aims to revitalise the area through the greater number of people travelling on foot and on bike, which organisers believe will create a more active community.

Local residents and businesses will be consulted on the plans from Spring 2021.