More than £700 raised so far by 8-year-old fundraiser. 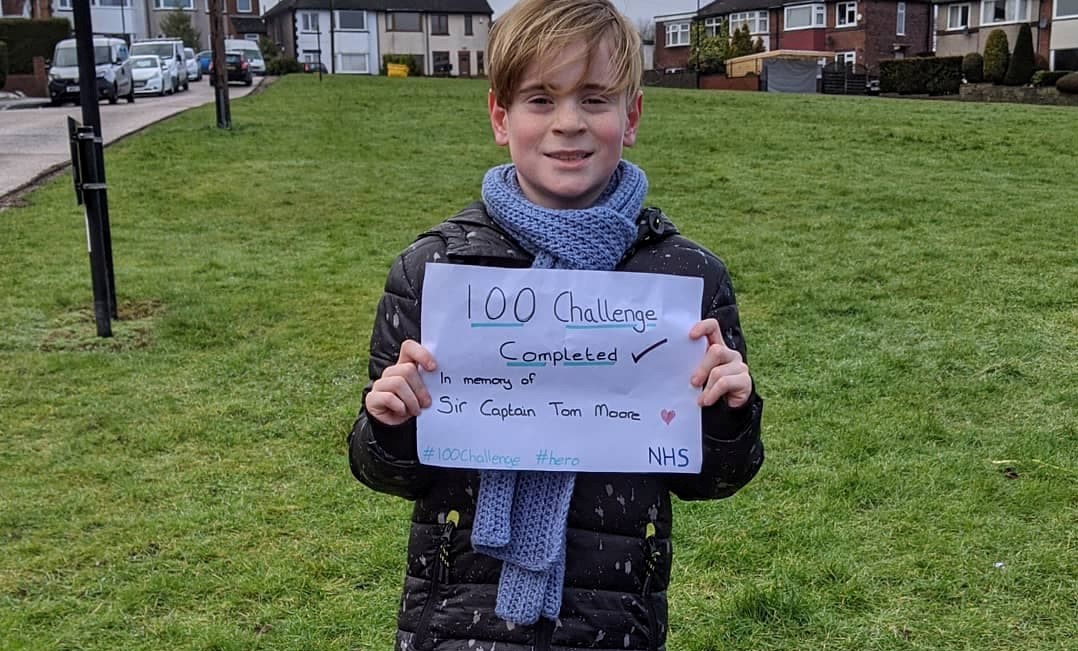 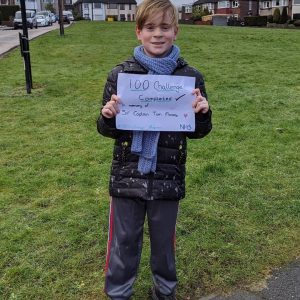 An 8-year-old boy has raised over £700 for charity after walking 100 laps of the green opposite his house in Sheffield.

Jamie Ashworth braved the cold temperatures after being set the challenge by his school, Birley Primary Academy in Frecheville, Sheffield, in memory of Captain Sir Tom Moore, who sadly passed away on the 2nd February.

After finishing the final lap, an exhausted Jamie took to social media and said: “Thank you to everyone who has donated, I have just completed my 100th lap. It feels good because I am really tired out.”

When the 100th lap was completed this morning, Jamie is going to walk a further 11 laps tomorrow, with 10 for the charity Fallen Heroes and one for The Queen.

Suzy Ashworth, Jamie’s mother said: “He did it over 4 days, mainly because of the cold weather. He had to really layer up to stay warm. He did 30 laps Thursday and again Friday, 20 sat, 10 Sunday and 10 today.

“The 10 yesterday were a struggle for him as he was really tired, but was really excited about finishing the 100 today.

“Jamie ran the last lap, so his initial reaction was that he was pleased to finish as he was tired but then wanted to get on my social media straight away to thank everyone for all the donations.”

Jamie’s initial target was to raise £100 pounds for NHS Charities Together, with both Jamie’s mother and grandmother working as nurses in the city.

The 8-year-old is often seen helping others less fortunate than himself, whether that be at school, or in the city, distributing hot food and drinks to the homeless of Sheffield.

Mrs Ashworth added: “As his parents myself and my husband are unbelievably proud of him, he has struggled during the pandemic not being able to do his football and cricket which he loves  doing, so this has been a massive boost to him and hopefully the local community too who have all got behind him.”

Donations can still be made on the NHS Charities Today Facebook page.