How a Small Island in the Caribbean Successfully Stood Up to a Pandemic: Faces Behind the Victory

It is 5pm on a cool, Caribbean ‘winter’ evening at a local community centre in Grand Cayman. There appears to be no such thing as social distancing, nor a mask worn in sight. Friends and family gather in large groups, embracing one another as they take their seats, sitting shoulder to shoulder. The sound of 52 voices, united on a stage, singing ‘silent night’ echoes throughout the hall whilst 430 sets of ears listen in delight. This isn’t a nostalgic memory from December 2019, this concert took place today. While the rest of the world faces a very different Christmas, shaped by COVID-19 restrictions and lockdowns, Grand Cayman can celebrate the ‘Cayman Kind’ way, a local phrase meaning togetherness and unity. This is because on this small island, only 577 miles from the virus hotspot that is the US, COVID-19 and all its adverse effects on everyday life no longer exist. 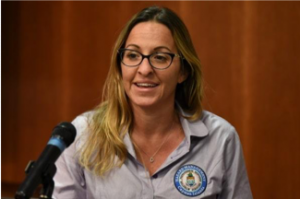 “But it wasn’t always like this,” recalls Danielle Coleman, managing director of The Cayman Islands Hazard Prevention Team. “I remember in early January of this year when my team and I first started monitoring the COVID-19 situation, we made a decision very early on that we were going to take this seriously and we did.”

Initially, Coleman intended to focus her position primarily on preparing for the possibility of a COVID-19 outbreak in The Cayman Islands, however, the odds were stacked against Coleman, “Mother nature had other plans that definitely took us by surprise”. On the 28th January of this year, a severe earthquake of 7.7 magnitude struck in the Caribbean, resulting in an official tsunami warning and a total of 23 aftershocks, each shock making the ground feel like the deck of an unsteady ‘dingy’ boat, floating over waves. “The stress of trying to devise a strategy to keep Cayman protected against a possible health crisis was worrying enough let alone having to deal with the aftermath of a natural disaster!”. Unfortunately for Coleman, more distractions were headed her way.

The first detection of COVID-19 on the island was in early March, brought in by an elderly man who had arrived by cruise ship. Accompanying this unfortunate news in March, was a dangerous bush fire that lasted 5 days, causing copious black clouds of smoke to engulf particular neighbourhoods and schools. This resulted in evacuating people who lived in these neighborhoods as well as treating those who inhaled too much smoke.   “Detecting our first official case of the virus on island within days of the fire eruption definitely made it feel a little like the world was ending!”, she exclaims. As the months went on, and the number of COVID-19 cases grew, the hurricane season hits the Caribbean from June, so in addition to dealing with trying to reduce viral community transmission, The Hazard Prevention team had to organise stormproof shelters for people to stay in during the tropical storms, but in a ‘pandemic friendly’ way. This meant creating more shelters as previous buildings no longer held the same capacity when following social distancing guidelines.

Shutting Down the Island

By March, Danielle Coleman and The Hazard Prevention Team convinced the government, who were initially more focused on the economy than health and safety, to follow their COVID-19 response action plan which included halting all nonessential travel in and out of The Cayman Islands, mandatory home isolation, closure of all schools and nonessential work, with punishment for rule breaking being a potential prison sentence.

Despite the detrimental effects on the island’s economy by starving a popular holiday destination of tourists, the Cayman Islands government agreed with Coleman that a travel ban was vital to overcoming this health threat, which still remains in place. However, this ban didn’t apply to Caymanians who were off island and wished to return home amid the chaos, thereby creating a need for a new system that would allow this to happen safely. Enter, Dr Bella Beraha. Dr Beraha is a general practitioner in Grand Cayman who was responsible for organising and managing a location where Caymanians could individually quarantine for 14 days from their arrival and be tested before their release.

Dr Beraha explains, “I led a team of public servants and medical representatives in deciding, from a novel concept, what an isolation facility is and finding a suitable one so we visited many different buildings, including empty schools.” Dr Beraha and her team decided hotels were the best option thus creating the new task of coordinating with the hotels and checking whether they were geographically and structurally suitable to act as isolation facilities. 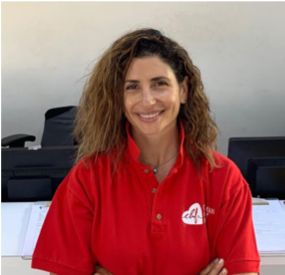 Dr Beraha took the initiative to include mental health experts in the quarantine management process. “I knew people were likely to be struggling with feelings of severe loneliness as a result of being isolated in a hotel room for 14 days, so I wanted them to have access to emotional support,” she explains.

Dr Beraha’s efforts to keep travellers separated from the public is a huge contributing factor to why the number of cases on the island was kept under control with a total of 203 positive results out of a population of roughly 66,000. Aside from one death almost all 203 people have since recovered with very few people requiring hospitalisation. Since July, there have been no active cases in the Cayman Islands, and the island will likely remain a nation free of COVID-19, so long as travellers continue to undergo Dr Beraha’s fool proof quarantine process.

As a small island in the Caribbean, the Cayman Islands relies completely on cargo ships from the US for food supply, which meant that the prospect of shipping companies suspending or slowing down their operations in light of a pandemic was a real possibility. Thus, the term ‘panic buying’, used by the rest of the world was rather rational for the people of Cayman. “The fear on people’s faces as they bought large amounts of food, made me feel like I wasn’t doing my job.”, admits Woody Foster, CEO of the largest supermarket chain on the island, ‘Fosters’. 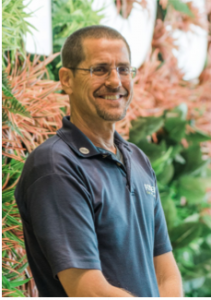 “In all 40 years of being in business, we have never considered the possibility of our regular food imports being severely threatened.” Foster continues, “our imports from the US did not stop completely, however they slowed down significantly, meaning we had to look elsewhere for supplies if we wanted to keep our shelves stocked.” Foster made sacrifices, “we took large business risks by switching to unknown suppliers in Belize that would import food faster but wanted to be paid upfront which I knew would ultimately cost us a lot of revenue, but that wasn’t my priority.” Along with ensuring his stores were following every health and safety guideline possible, Foster also created a system in ‘Fosters’ supermarkets whereby people were only allowed a certain number of products per aisle, making sure everybody on island was able to stock their pantries to the same, fair level. Foster also took money out of his own pocket to provide those who had lost their jobs due to the lockdown and were struggling for food with generous vouchers to his stores, 4 a week per person or family, each credited at $40.

There is a well-known phrase in the Cayman Islands known as ‘Cayman Kind’. This was evident through Woody Foster’s desire to ensure he did all he could so that he never had to see fear on a shopper’s face again, whether that fear be due to a lack of stock on the shelves, or a lack of money in their pockets. We also saw this in Dr Bella Beraha’s efforts to consider the mental health of isolated Caymanians as opposed to just their physical health. Danielle Coleman also lived up to ‘Cayman Kind’ through her COVID-19 response that focused solely on the wellbeing of Caymanians, putting their safety before anything else. Nevertheless, it is ‘Cayman Kind’ that is perhaps the reason behind this island’s COVID-19 eradication, as the phrase ultimately means unity in a community where everybody plays their part to ensure one another’s wellbeing. Whether this unity be metaphorical in the way Caymanians kept far apart from one another, staying at home to stop the spread of a virus, but close together in a shared mindset. Or whether it be physical, on a stage singing ‘silent night’ or in the audience listening.