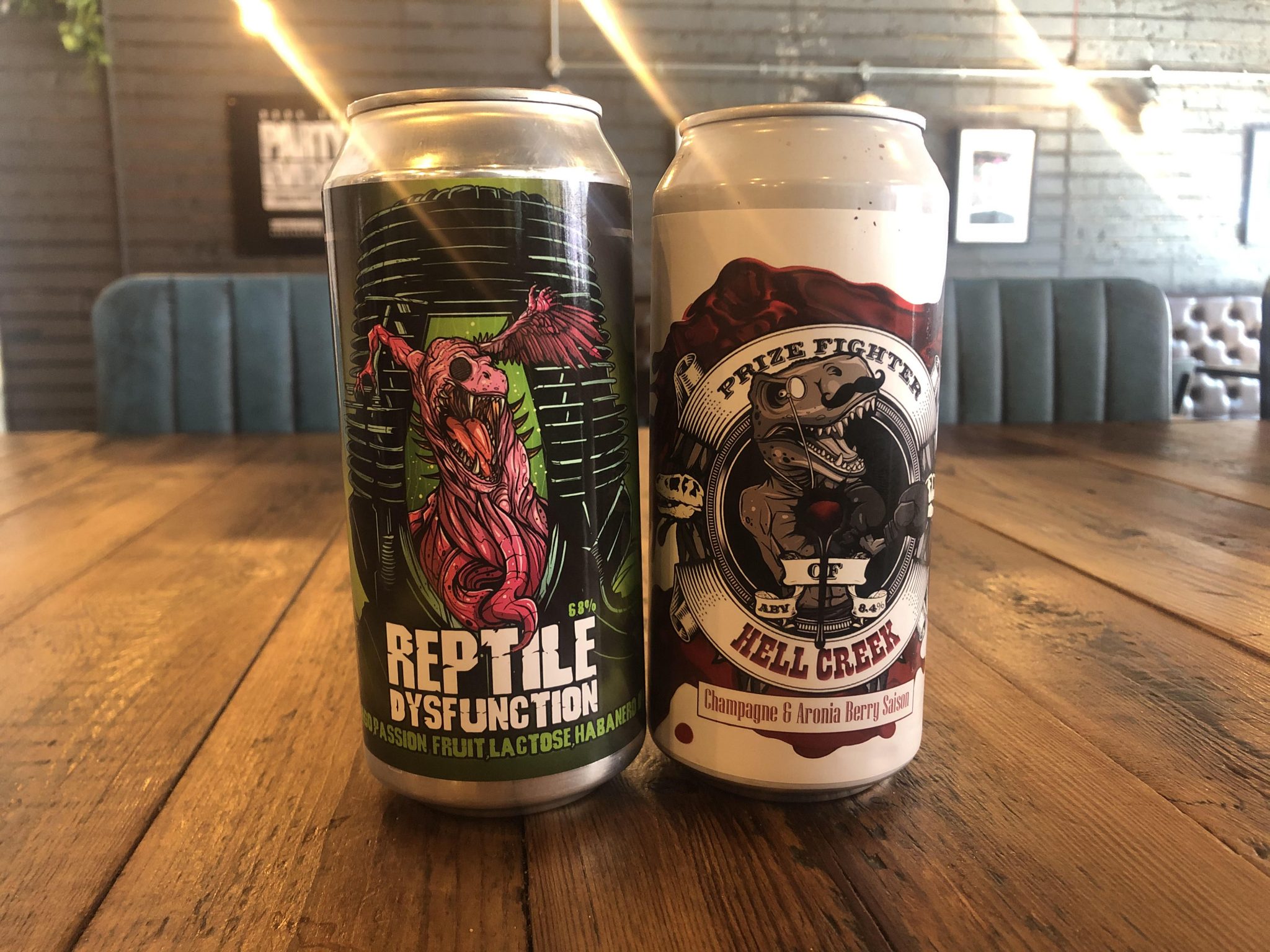 A glass of Staggersaurus, one of the featured beers of the event.

Jack Bell, 28, a bartender at Brewdog said the brewery was featured because “we love their out there, in your face branding, and honestly they just make insanely good beer”.

He said: “They were featured at our UK Craft Beer Festival, but we decided to showcase them during beer week because they are an up and coming brewery that does not get enough exposure this far north”.

The company currently has 31 beers and this is constantly changing, as beers are made as a one-off before being replaced by a new brew.

The event is part of Sheffield’s Beer Week, running from the 9th to the 15th of March across the city.

According to Beer Week’s website, the event “celebrates the region’s brewing landscape – old and new! It’s also about highlighting the wonderful world of beer, taking and sharing inspiration from across the globe. Collaboration is key with Sheffield’s bars, pubs and restaurants joining forces with local, national and international breweries to host beery events”

Beer Week features pubs and breweries from across the city, including brewery open days and tap takeovers.