A pub in Sheffield has held its first ever friendship lunch to combat loneliness in the community.

The Phoenix pub, which is at High Ln in Ridgeway, held the meal on Monday, where over 40 people attended.

Melanie Bean, the general manager said: “A lady visited our pub and told us how she had visited the Scawsby Mill Pub in Doncaster.

“They had hosted a friendship meal and she had really enjoyed it. She suggested we did it here.

“I thought it would be a really good idea – especially for the elderly as they are a little bit lonely and don’t get out as much.

“The turn-out was really well. It was mainly the elderly, but I am keen to make it available to all ages.

“We charged £8 a head and offered a Sunday lunch and a crumble. As it was so successful, we have planned 2 more events – one in April and one in May. We are also going to include signing acts for entertainment next time.” 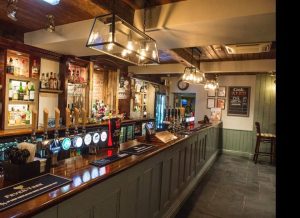 The Sheffield pub aims to eliminate loneliness and become a inclusive, friendly place for the local community.

The Phoenix, which is owned by Greene King Pubs, will host their next friendship lunch on the 6th April and urge people of all ages and characteristics to come.

There is also a Great Get Together event at the Holiday Inn in Barnsley on March 16th where guests can chat and dance. Dr Alan Billings, the Police and Crime Commissioner will also be giving a short speech at the event which starts at 1pm and finishes at 4pm. There are currently 160 people on the guestlist.