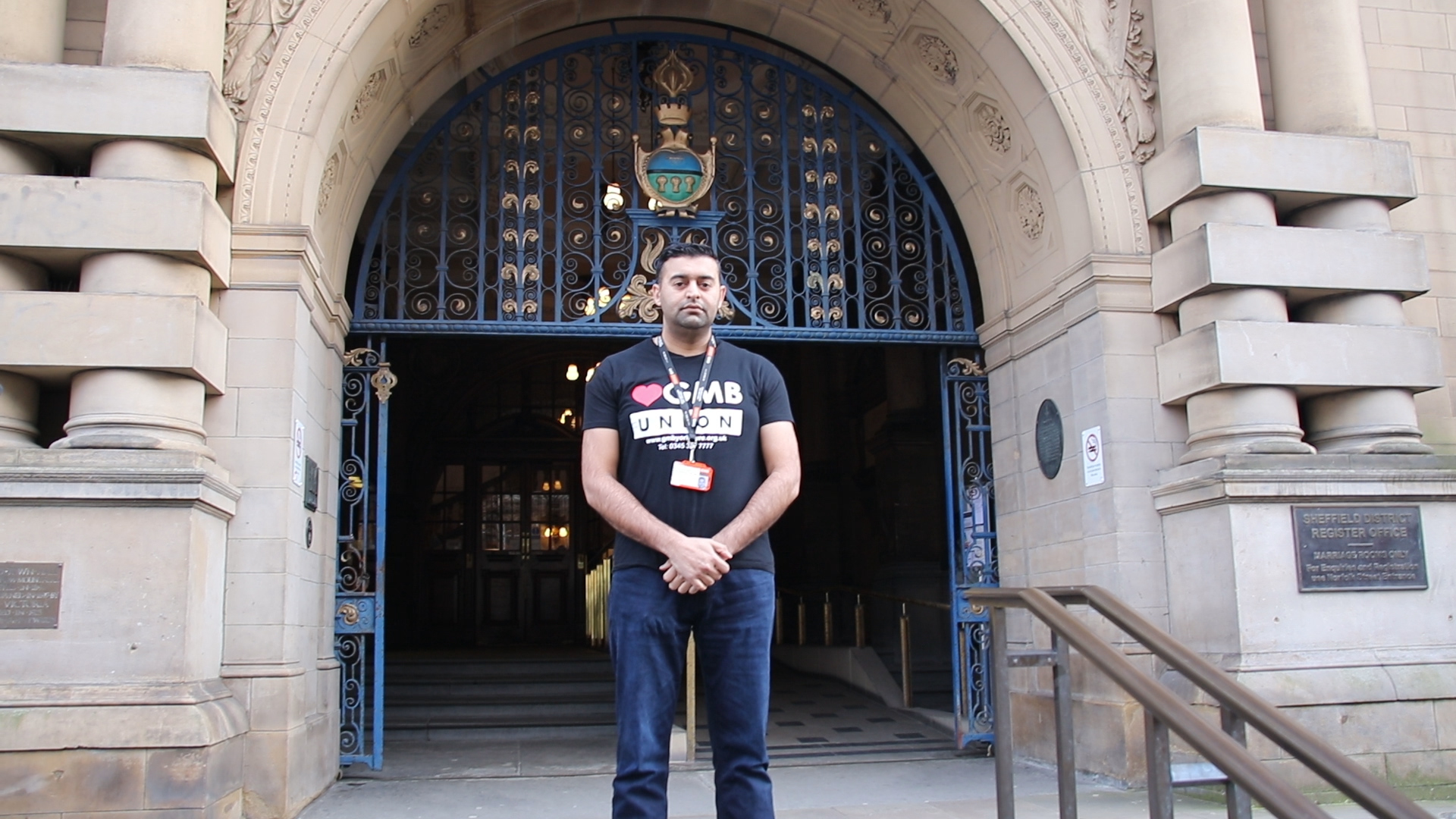 A group of angry Sheffield taxi drivers stormed out of a heated council meeting yesterday, shouting ‘democracy is dead’ as their questions were refused.

The 15 frustrated cabbies left Sheffield Town Hall after being told they could not speak out about their concerns.

The city council are planning to introduce a clean air zone which means taxis that don’t meet the required emission standards will be hit with a £10 penalty to operate in the designated area.

Taxi driver, Nasar Raoof, 33, Earl Marshal Road, who led the protest, explained he would have to pass this surcharge onto his customers.

“Some of the passengers we’re dealing with are on benefits, they are really struggling financially and for us to be charging even more on their taxi fares is absolutely ridiculous.”

Mr. Raoof had planned to ask the council if they understood the impact of the clean air zone but was forced to leave the meeting with unanswered questions.

In response to this, he said: “the 15 of us walked out, all in the same shock and horror. I couldn’t keep my emotions inside, so I shouted Democracy is dead.

“They should never have shut down the public questions like that, that’s an all-time low for Sheffield city council, I understand time constraints but nothing else on that agenda was more important than our livelihoods.”

Aiming to reduce air pollution, Sheffield City Council are planning to introduce a category C clean air zone that will cover the inner ring road and the city centre, including Park Square and the A61/Parkway junction.

Mr. Raof said: “As a taxi driver in Rotherham I bring across many patients to the cancer hospital near Fulwood, in doing that I am going to be driving through a charge and have to pass that charge onto my customer. Would that be fair, would Sheffield City Council like that on their conscience?

“Knowing that they would be charging a person extra money who may need to pay for life-changing treatment.”

ShefNews are awaiting a response from Sheffield City Council.