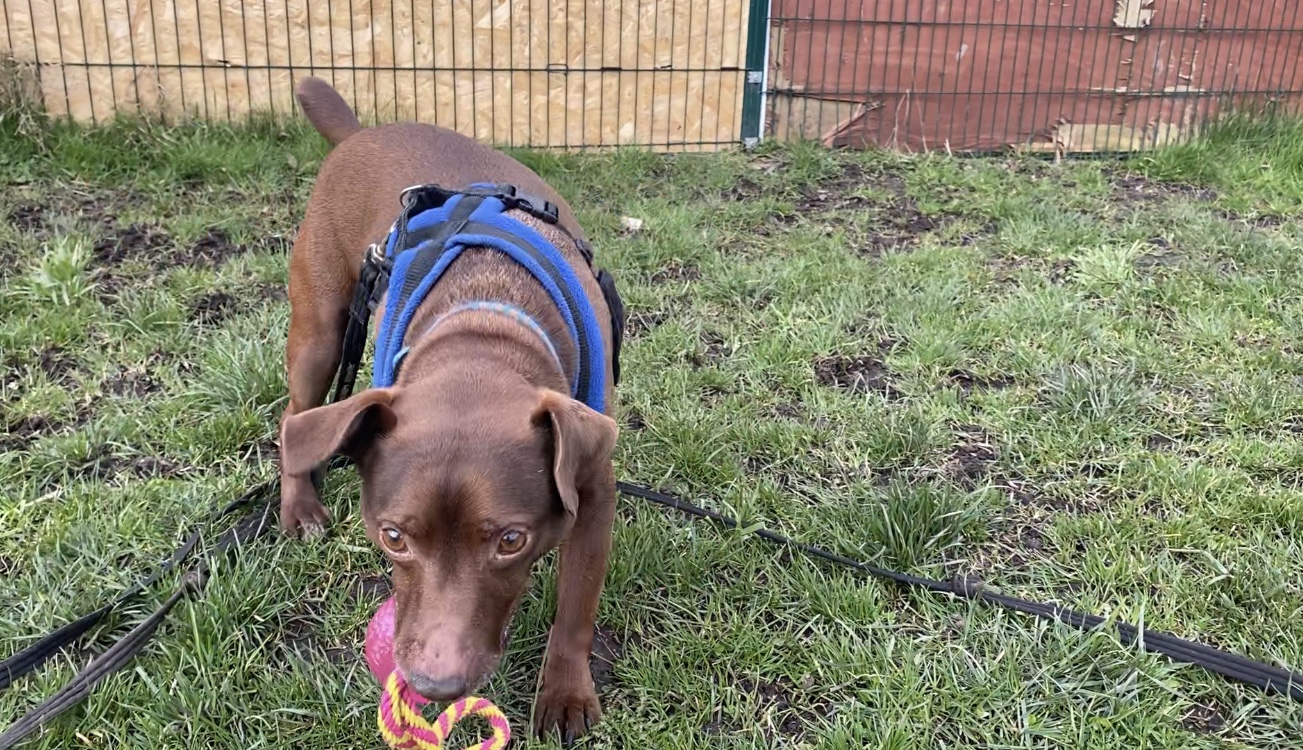 Diefer the dog has spent almost 500 days in the care of the RSPCA in Sheffield after his owner sadly passed away in December 2018.

After several close calls with forever families, the adoption process has fallen through leaving Diefer, a terrier cross, to spend two Christmases alone.

Hayley Crookes, animal care lead at RSPCA Sheffield Animal Centre, said: “We’re not sure why he hasn’t found a new home as he’s a very friendly dog. Once he is comfortable with you, he is an absolute diamond.

“His favourite people get cuddles and kisses by the bucket load.”

After 440 long days with the RSPCA, Diefer is in more need than ever of a home.

Although he was a little troublesome and anxious when first moving into the animal centre just three days before Christmas in 2018, the staff have helped Diefer to learn to relax.

Ms Crookes added: “He has such an affectionate side to him as well as a cheeky side to his personality which we just find very charming!”

Diefer loves going for long leisurely walks, seeing the sights and taking in the world around him. However, Helen Smith, the Animal Care Team Leader at RSPCA Sheffield, said he’s in search of a retirement home rather than a very active household.

The nine-year-old dog would be best suited to an adult-only home with no other pets.

If you think you could give Diefer a home, get in touch with RSPCA’s Sheffield branch by calling 01142 898050.