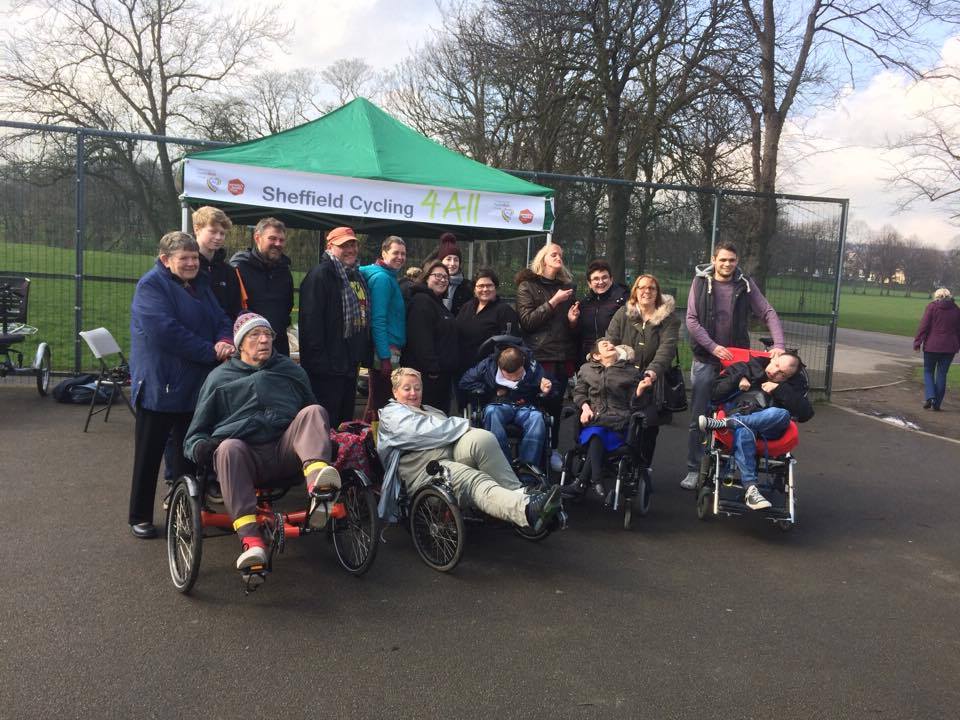 Sheffield Cycling 4 All offers people with disabilities the opportunity to ride an array of specially adapted bikes with volunteers on hand to supervise.

The weekly sessions are open to the public and the cost of a bike hire has now been reduced from £5 to £3 after the group was awarded £46,000 over two years by HealthRich, part of The People’s Health Trust.

Originally set up in 2010 as an all-ability cycling project, Sheffield Cycling 4 All was relaunched in 2014 in its current form after funding from The Big Lottery helped the group stay afloat.

And the new funding awarded earlier this month will be used by the project to hold additional Tuesday sessions in the future.

Caroline Waugh, Co-Chair of Sheffield Cycling 4 All and keen cyclist, said: “We wanted to create drop-in sessions for people with disabilities to freely use the bikes. I always say that we offer the hire of a bike, supervision and a guaranteed smile.”

The session was attended by people of various disabilities with a fleet of individually named bikes available for use.

Sue Watts attended the launch with her husband David Watts, and said that the project has been extremely helpful for her husband after he suffered a severe stroke four years ago.

“The first time we came, David dressed in his yellow jersey, he took one of the bikes and within 30 seconds he was off cycling around Hillsborough.”

“The look on his face I’ll never forget, he opened his eyes and put the wind in his hair. It gave him the possibility of cycling again.”